The eighth edition of the Star Wars saga, The Last Jedi, is set to be released in December. So if you’ve got a Star Wars fan with a birthday coming up, why not treat them to a themed gift to ramp up the excitement even more? Here are ten super-geeky gifts to give to the Star Wars fan in your life. 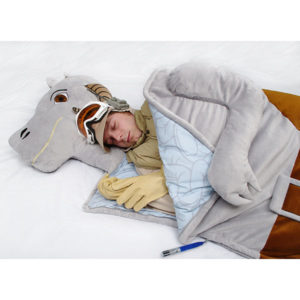 Who hasn’t dreamed of snoozing inside rotting corpse of a biped snow horse? This is the unfortunate fate that befalls everyone’s favourite moisture-farmer-turned-Jedi in The Empire Strikes Back. If you know a Star Wars fan who would love to recreate the experience, you can treat them to a Tauntaun sleeping bag. The attention to detail is superb; check out the lightsaber zip pull and printed entrails on the inside. Let’s just hope that haven’t been as meticulous in their work on the smell. 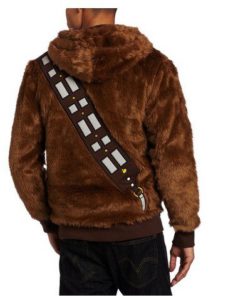 A plush Wookie hoodie seems like the ideal winter jacket. Chewbacca manages to stay pretty warm without the need for clothing, even on the ice planet of Hoth. It does seem doubtful, however, that the product is made using genuine Wookie fur. 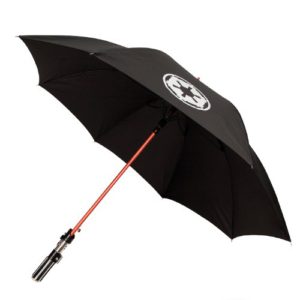 How often do you get to shield yourself from the rain and make passers-by mistake you for the Dark Lord of the Sith? Now is your chance with the Darth Vader lightsaber umbrella. 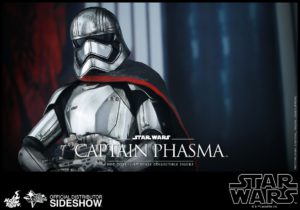 You probably remember Captain Phasma. This suave silver Stormtrooper was one of the major talking points in the trailer, but only received about two minutes of screen time in The Force Awakens. Still, the whole visual appearance is pretty striking and she will probably make further appearances. Any Star Wars super fan would love a Hot Toy model. If you’ve never heard of Hot Toys they are collectible figures that take realism to another level. There are a variety of Star Wars options available, but Phasma has to be one of the most impressive. 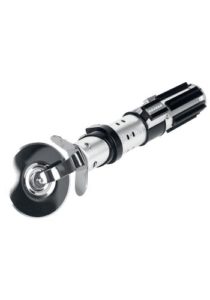 This pizza cutter is in the shape of Darth Vader’s lightsaber. And while you won’t be slicing your pizza with a concentrated beam of red light, the cutter does have integrated sound effects – so you can almost imagine it. Just make sure you remove the pizza from the oven in time, otherwise it might come out a little on the Dark Side. 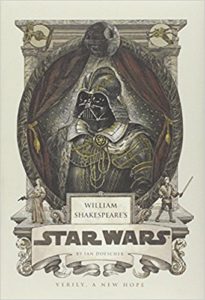 Now you can enjoy the story of Star Wars in the vernacular of Shakespeare. Sadly, these were not written by The Bard himself although at least this means that he wasn’t responsible for the creation of Jar-Jar Binks. 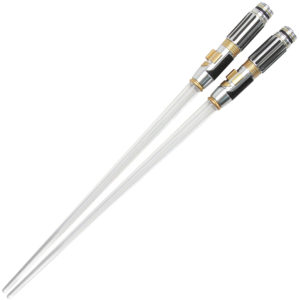 Add a dash of Star Wars to your chow mein by using these impressive light-up chopsticks. There are plenty of different options for you to choose from including Darth Vader’s sabre or Kylo Ren’s broadsword-style weapon. But maybe the best option is the glowing purple of Mace Windu’s lightsaber. 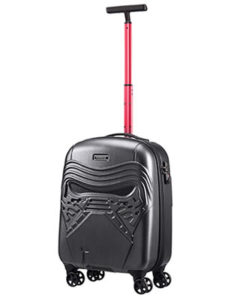 How many times have you been at the luggage carousel at the airport and almost walked away with someone else’s possessions? Let’s face it – most suitcases look the same. That’s not a problem you’ll ever have again with this polycarbonate Kylo Ren model. There’s definitely something quite intimidating about the face of Kylo Ren staring at you from the front of a suitcase. You imagine it’s more than enough to scare away potential thieves. 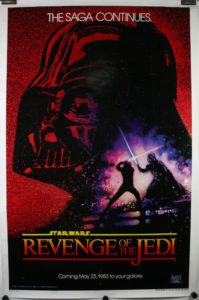 Original ‘Revenge of the Jedi’ Poster

You might already know that the original name for the third instalment in the Star Wars saga was Revenge of the Jedi. The name was dropped in favour of Return of the Jedi because it was felt that the word ‘revenge’ was not something that should be associated with the Jedi. However, this title changed was decided after several thousand promotional posters had been printed.

Today, these original posters are real collector’s items. You’ve got to be pretty serious if you’re going to buy one though – genuine posters usually go for thousands of pounds. 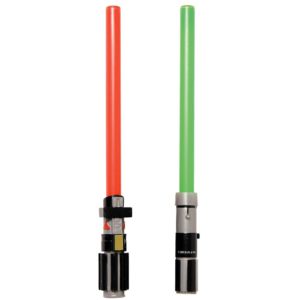 If you’re not looking to splash that kind of cash, there are plenty of cheaper options to keep any Star Wars fan happy. These lightsaber pens are a great choice.

Mike James is an independent writer based in Brighton, UK, who specialises in nerdy stuff for work and geeky stuff for fun. When he’s not writing about cyber security or tech innovations, he loves Star Wars, Hot Toys and considers himself an avid Naughty Dog gamer.