A Sense Of Community: Gender Diversity In Games Mixer at Bungie

A couple weeks back, I had the opportunity to go to Bungie’s Gender Diversity in Games Mixer at the studio.

Mixers can be rough. Anyone that frequents them can vouch for that. Especially if you go alone, like I did, they force you out of your comfort zone and can be fairly nerve wracking regardless of what stage you’re at professionally. But this group was a little different—the atmosphere was welcoming, and it felt like a group of friends gathering to chat. The gaming industry is pretty tight as is, but the circle of women is even smaller. 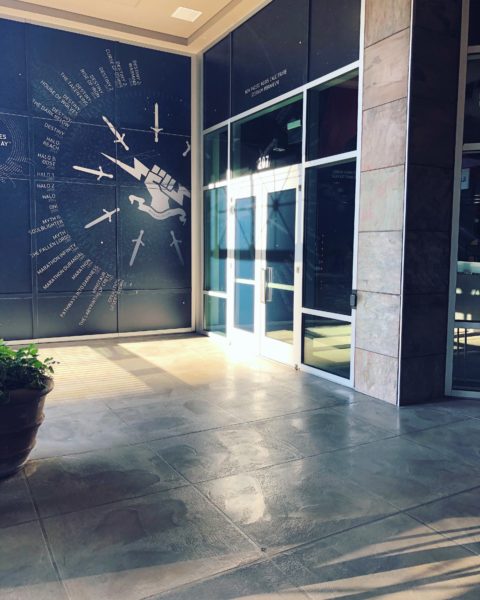 It wasn’t difficult to start conversations, and perhaps that was because we gathered together as we face similar challenges every day, but more importantly, we gathered to bond over our love of games. We talked about what we did, who we worked for, and those of us who didn’t work for Bungie oogled a little at the memorabilia that lined the walls.

After introductions were made and the hall was filled with friendly chatter, laugher, and encouragement, we all shuffled into Bungie’s theater. Hosted by GGC’s very own JC Lau (I felt like a proud soccer mom), during the second portion of the night was a panel of pretty stellar women in the field. Now, I’ve omitted including names out of respect for their privacy, but not only did they discuss their unique relationships with the industry and the journeys that have brought them to this point, but they also covered a few significant issues that we face in the industry each day.

Women are often treated as “monolithic representatives” of gender issues in games. To many, it’s unfortunately still an oddity to see women working in the field. One sat back and reflected on how many women she had worked with in games to date—out of about 1,000 individuals she could recall 25 women total, 5 of which were women of color. The lack of women working in games, while slowly improving, is obvious. There are numerous reasons for this, and it would be too complex a subject to cover in a singular blog post. From hiring practices to the language used in job descriptions, there are many strides that need to be taken in order to introduce more women into the industry and continue to help those who are already a part of it. 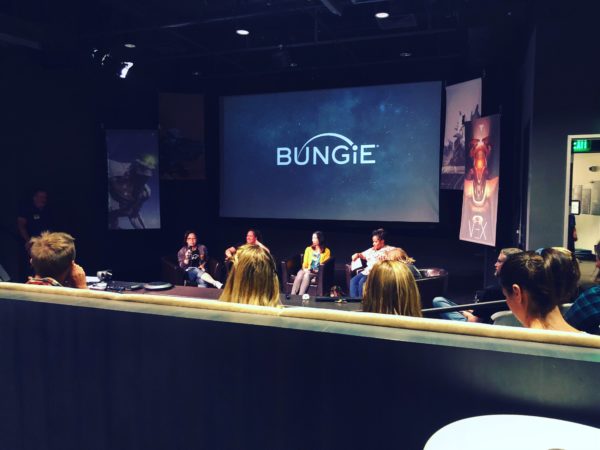 Another significant issue that women face, often more than their male counterparts, is backlash or harassment from the gaming community. Regardless of where you are in your career, you’ve probably faced this in some way or another—myself included, once for simply using the phrases “gender diversity” and “gaming industry” in the same beat. Today, social media not only plays a significant role in our personal lives but also in our professional lives. Having a strong voice is vital in pushing for change and encouraging awareness, but in an age where Gamergate still haunts us it can feel challenging and even a little scary to step up on that stage. Diving even deeper into the subject, there’s a very prominent issue that lies in the expectations of game developers and their interactions with the community (and this isn’t necesarily exclusive to women). Not only do we need to defend the women and allies who outwardly speak up on these problems, including those who face harassment simply for their status or position, but we need to encourage the actual studios to defend and honor their developers.

While we face these issues, it is important that we work together. We shouldn’t have to do this alone. Propelling, let alone getting through the door of the gaming industry is an incredibly difficult task, so we should actively look to one another for support and advice. One way they advocate seeking this sort of help is through mentors. Mentorship can be found in any field, and I certainly have my own. The roles of mentors differs based on experience, but these relationships often fall into one of two categories: CAKE (Confidence, Aptitude, K[Connection] to Resources, and Encouragement) and PIE (Performance, Image, and Exposure). Women often attain more support via CAKE, while more PIE is needed to succeed in such a connections-based field. To date, my mentors have helped with many of these facets. As someone in the earlier stages of her career, their knowledge has played a key role my experience thus far. Whether I’ve sought out advice on craft or needed help looking for new opportunities, my mentors help in the long trudge forward.

Not too long after I arrived I had a brief interaction with another woman while waiting for the hall to fill. She is a veteran producer at a prominent studio in Seattle, but she paused to listen to my story. I’m fairly new to the industry myself, and simply getting in the door is one of the hardest steps. She listened as I explained my background, my relationship with the industry, and my craft. I also explained that it can be an intimidating process and that I’ve felt a little discouraged as of late. Imposter Syndrome was another significant subject discussed during the panel, and it couldn’t have hit harder—but she smiled and pat me on the shoulder, knowing. She looked me in the eye and said, “Look at where you are. You’re standing in Bungie. You are in the right place and you belong here.” 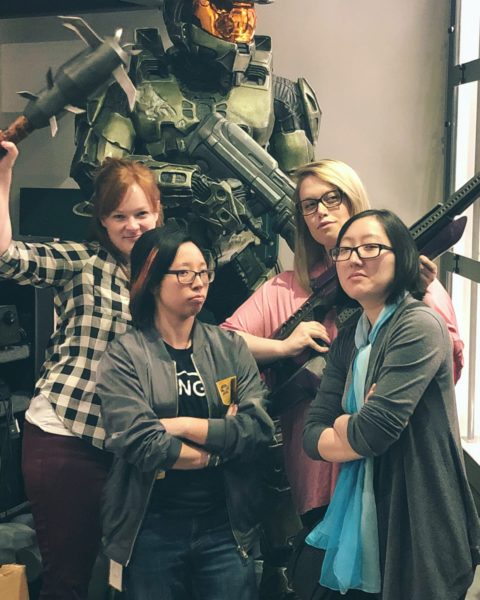 As an industry, we have pretty significant strides to make in order to become truly inclusive. That includes education, advocacy, and rebuilding on structure. I myself have a great deal of learning and hard work to do before I feel like I’ve made it, but that night marked a pretty important day in my career thus far. Not only was I surrounded by an amazing group of intelligent, diverse individuals, but I was one of them. Although my journey is still young, carving a path that promotes inclusivity and diversity is something that I aspire to foster, and despite the difficulties we continue to face, at the end of the day we gathered to share our love of making games.