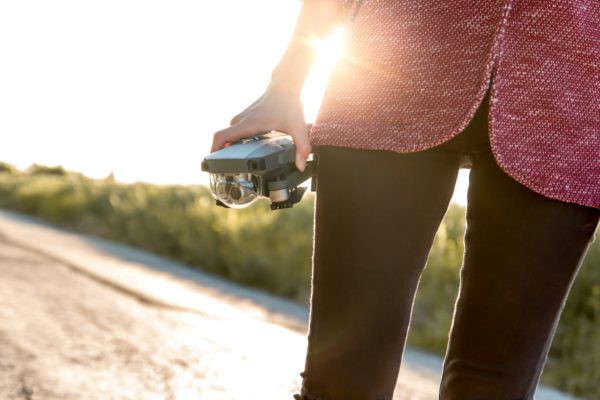 Part of the problem with technology for women, and even non-techies to be honest, is that it is kinda “boring”. At least it is perceived that way by the vast majority.

After all, all those “theories” and “algorithms” and other scientific mumbo-jumbo just makes most people yawn, right? Apart from the odd program on TV, you don’t even see tech being mentioned that much in the context of fun or excitement.

But when you take technology part of everyday life, things suddenly change.

Look at the iPhone and what it has done for the world. How many of your friends have a smartphone? Or maybe I should ask: how many don’t?They are part of everyday life.

They are part of everyday life. And everything you do on and with them is kind of cool, right? You can listen to music, watch movies, communicate with friends in fun ways on social media.

It’s all done with an iPhone (and tech) but it’s not seen as such.

And that is where drones are heading too.

Drones are becoming smaller, simpler and higher quality every single day. They are no longer just for the hobbyist who geeks out over the tech. They are entering the realm of everyday life.

Not only are they toys, they are also used for serious work in areas such as surveying, crop dusting, selling real estate sales, journalism, border patrol and more.

On a recent trip home to Australia, I also found they are being used to save lives out in the surf by spotting sharks. Now that is something that gets people’s attention!

They Are Becoming Cool 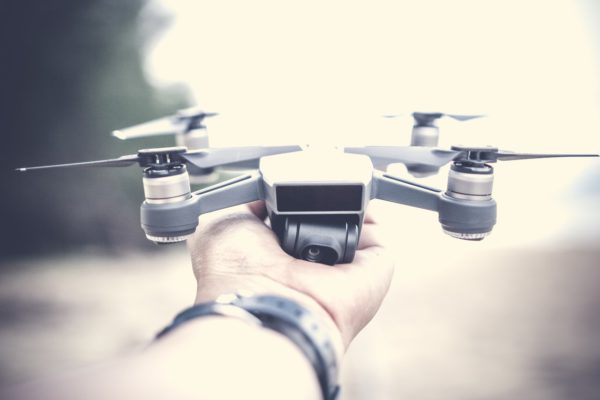 Anything that makes your holiday snaps or social media videos more “epic” has to be cool. And that is where drones are starting to break down the “tech barriers”.

There are a few new drones that have entered the market recently that have made getting into drones a cinch. Specifically, the DJI products – Mavic and Spark are selling like hot cakes. These drones are so easy to use, you can learn to fly them in about 10 minutes. And not only that, they take stunning images and video that can be used for almost anything.

They are also extremely portable. They can fly for longer periods. And are specifically designed to create images or videos “automagically”, sometimes even at the wave of a hand.

The DJI Spark, for example, can be kept in your bag; taken out and launched from your hand; controlled by hand gestures; used to take a snap of you and your friends at a party/gig/beach; flown back and and placed in your bag in seconds. It is an every day kind of device that is starting to be used by everyone.

Then there is the Dronie. Never heard of it?

It’s a new form of selfie that takes things to a new level. Imagine someone standing on a cliff and then suddenly the camera zooms out and up, moving away to reveal some amazing location where the subject becomes just an ant. That is the Dronie. There are even awards for it every year in the New York Drone Film Festival – here is last year’s winner.

Now you can impress your friends, be cool and indulge in the tech without having to seem like a nerd. All by using a drone.

All of these factors are starting to play out in various industries around the world too.

I spend a lot of time in the travel and drone industries online and have started to notice more and more women embracing drones.

First, there is Drone Girl/Sally French, who has been at the top of the drone blogging world for years. She is not only a huge drone fan and amazing blogger, but she is using her position in the drone/tech industry to inspire more women to do the same. In fact, just recently, Sally was at a She Flies Australia event helping empower young women in the drone industry.

Which brings me to the next group pushing the drone boundaries for women – She Flies themselves. They are encouraging girls to get more involved in tech through the aid of drones. Which as I have said above, are now poised to make tech seem more cool, fun and everyday. They have lots of events going on in Australia to get girls involved at an early age. Their stated mission is:

And if you are in the USA, there is a huge international drone conference every year that holds a Women in Drones panel that is well worth checking out. These are industry leaders (from the likes of the FAA, Intel, CBS News) working with drones every day.

But let’s not stop there. Many of the key people in a variety of industries are women involved with drones:

And bringing it back to the every day again, I brought a drone for my niece when I was in Australia because she went nuts when I told her I had one.

So, as you can see, through the use of drones the world of tech is becoming more accessible and exciting and helping encourage women get involved in tech.

Are you ready to buy a drone?

Roger is a drone enthusiast, traveler and lover of the outdoors. Originally from Australia, he is now living in Switzerland where he spends most of his time blogging, hiking, mountain biking or flying his Mavic Pro drone. You can find him online via his blog.