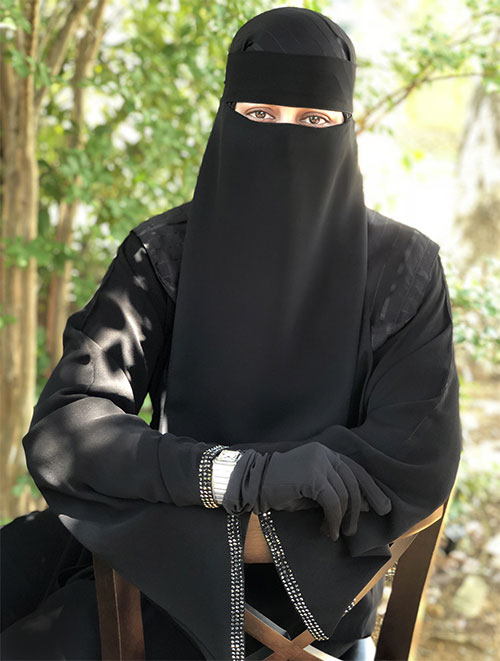 It’s that time again! Specifically, the time to introduce you all to Hafsah Faizal, an incredible Featured Contributor who you’ll have the opportunity to hear speak during the panel Rising Stars: Q&A and Book Recs from Publishing’s Most Exciting Newcomers, and meet at not one but two meet and greets over the course of the weekend. (For full details, click here.)

Not only is Hafsah is the author of the New York Times bestselling fantasy novel We Hunt the Flame, but as the founder of Icey Designs she is a website and brand designer. (Ever checked out the websites of V.E. Schwab, G. Willow Wilson, and Catherynne Valente? All Hafsah’s work!)

Visit Hafsah at www.hafsahfaizal.com and www.wehunttheflame.com, and at Instagram and Twitter @hafsahfaizal, and read on to learn more about her creative process, upcoming projects, and love of Assassin’s Creed.

GeekGirlCon’18 is just over a week away, which means it’s right before Halloween!

Scared you’ll have to choose between enjoying the con and getting your ghoul on? Don’t worry, we have plenty of unboolievably fun workshops, games, panels, and more lined up to help you celebrate in style. Plus, get ready to trick-or-treat all con long! Look for “Trick-or-Treat Here” signs scattered throughout the con. Got food sensitivities or allergies? We’ll have teal pumpkins to mark locations with candy alternatives.

Source: Giphy. Description: a corgi barking at and jumping around a small pumpkin.

Dying for a sneak peek of our fangtastically spooky programming? Here are some highlights:

Got a Costume? Sign Up for the 2018 Contest at GeekGirlCon! 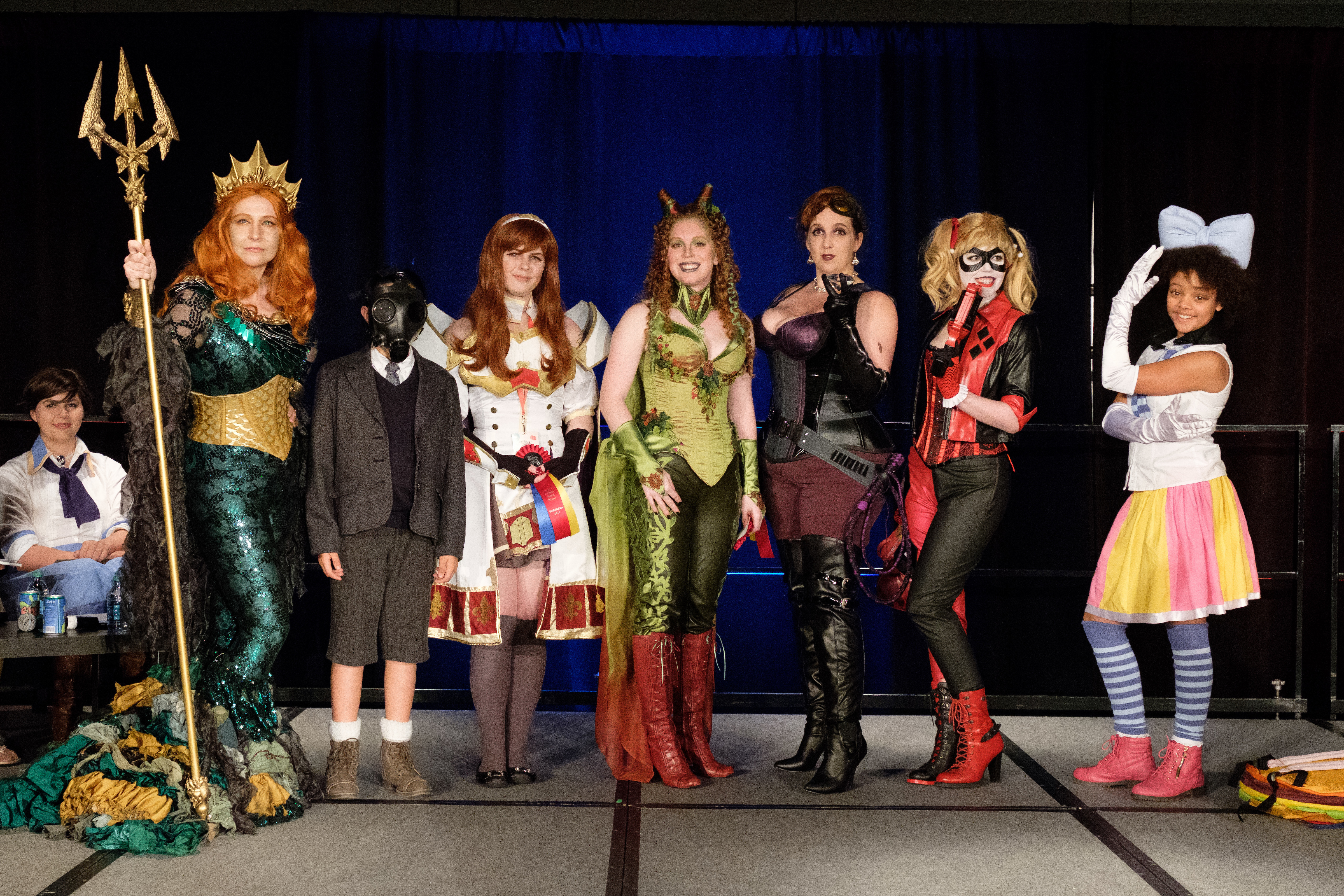 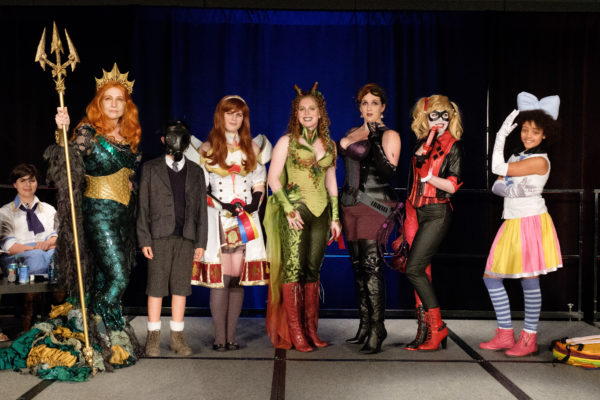 This year I started dabbling in cosplay, and very quickly came to learn that making a costume is not only an expression of love for a fandom, but it’s also a great opportunity to show off your creative side and your design skills! A LOT of hard work goes into creating outfits, weapons, gear, and props, and it’s only right that if you’ve put in the time for that, that you  be recognized for it.

That’s why we’re bringing back the Costume Contest to GeekGirlCon this year! Register in one of the two age categories: adults (13+, holding an adult GeekGirlCon pass), and kids (12 and under, with child passes). Adults can also register as a group of no more than five, if you have a squad effort happening.

Show us what you’ve sewn, hot glued, welded, knitted, or otherwise put together to celebrate your favorite geeky characters. 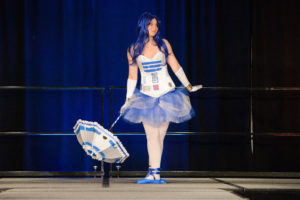 Image description: a cosplayer holds a R2-D2 parasol while in a ballet-themed R2-D2 costume. Photo by Danny Ngan.

After you register for the category that best suits you, you’ll also be given the option to meet our amazing panel of judges backstage. They’ll be to ask questions about your costume and look up close at it. (This is optional and you can chose not to participate in pre-event judging.) Then, all you need to do is show up on the day for the contest and strut your stuff.

Plus, there are fabulous prizes to be won for your efforts! 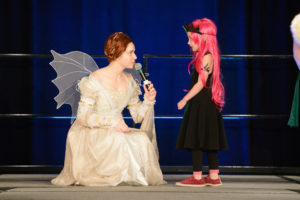 A participant in the kids’ costume celebration is asked about their Child of Light cosplay. Photo by Danny Ngan.

Registration is NOW OPEN and will close when all of the spots are filled, or at the time of the convention, whichever comes first. Spots are limited, so make sure you get in quick to snag yours.

Register here for the costume contest (13 and over)

Exhibitors and Programming Contributors, Join Us for GGC ‘18! 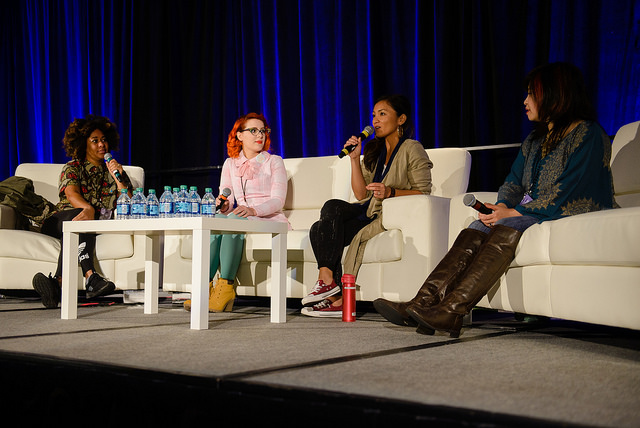 The countdown is on to GeekGirlCon ‘18, and you can help us make it our best year yet! You have until 11:59 PST on April 30 to submit your exhibitor or programming application. 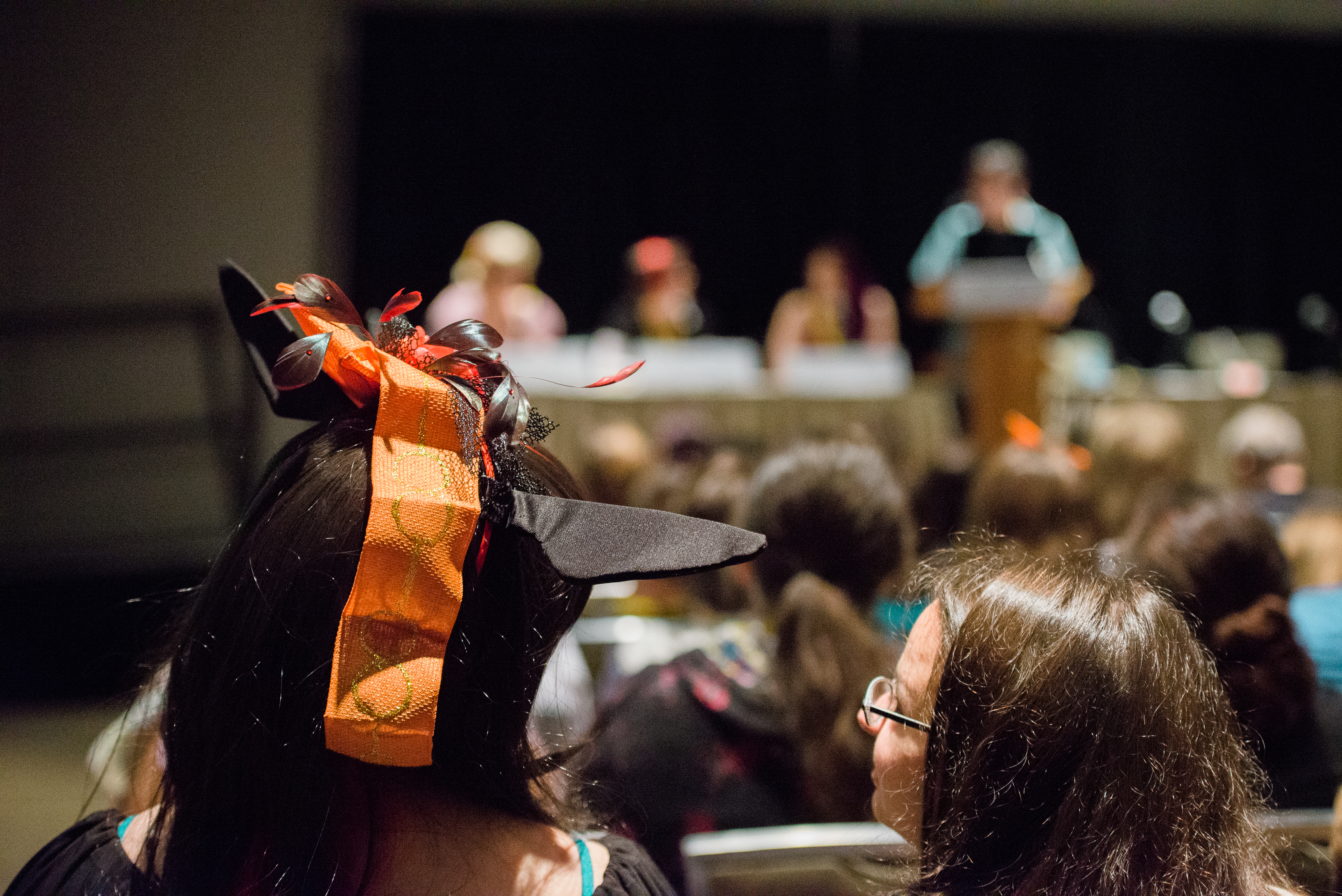 For me, a very important part of pre-con preparation is an intense highlighter-and-spreadsheet-infused session of planning exactly which (and how many) events I will attend over the course of the weekend. My excitement doesn’t really set in fully until this point. But once I’ve given myself permission to spend an evening poring over panel descriptions and desperately fantasizing about somehow acquiring a Time-Turner, there’s no going back.

This is a visual representation of my con-prep process.
Source: Giphy

So far we’ve covered the science-y panels, the fandom-focused panels, the GeekGirlCon After Dark panels, and the cosplay panels. One type of panel I am particularly excited for, however, is that which works to start discussions about two of my most favorite things: diversity and media. Pixar Animation Studios will showcase a variety of women within the studio ranging from animators to engineers.

Did Inside Out and Up melt your heart? Laugh endlessly during Monsters University and Finding Dory? Just have an overall appreciation and love for Pixar?

If you answered “yes” to one or all of those questions: prepare to be delighted by this fleet of featured contributors speaking and hanging out during GeekGirlCon.

Are you excited for another year of amazing GeekGirlCon panels? We know you are–and we are, too! This year, we’re offering you the chance to help us find great content in exchange for the chance to win a free GeekGirlCon ‘16 2-day pass and t-shirt. All you have to do is share our call for submissions on your social media, and you will be entered to win!