This is what the DIY Science Zone, in all its glory, has looked like over the past five years: 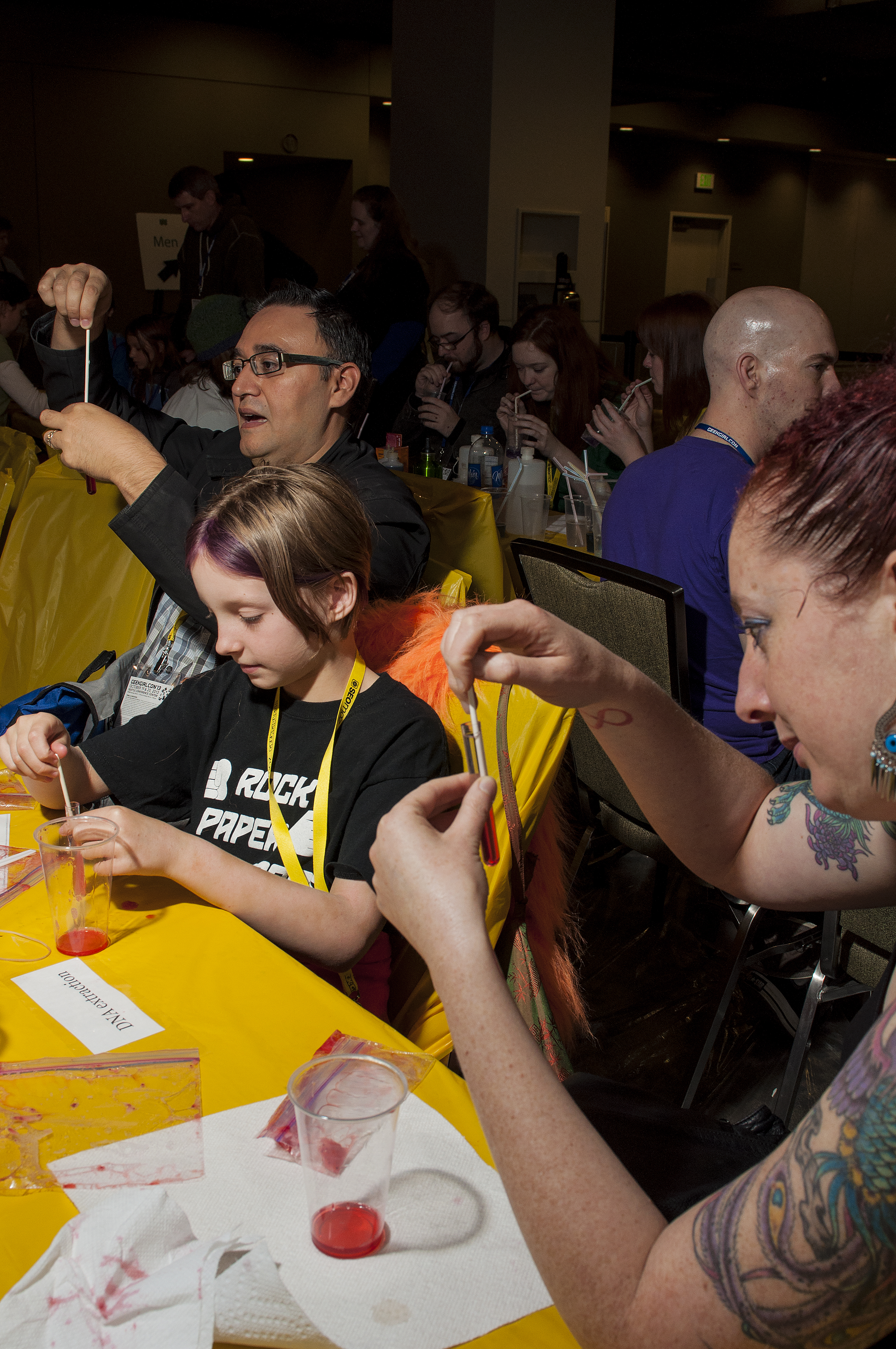 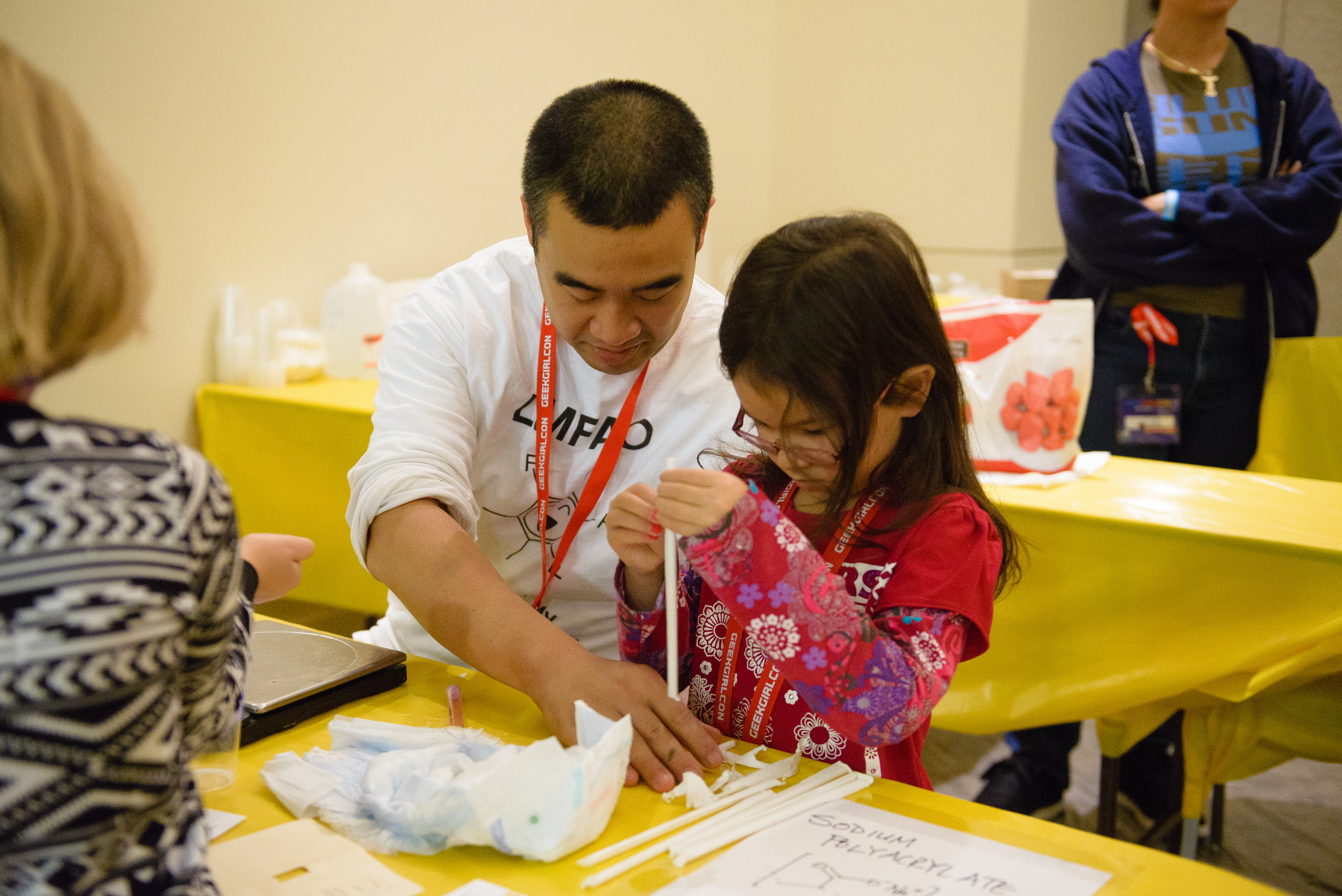 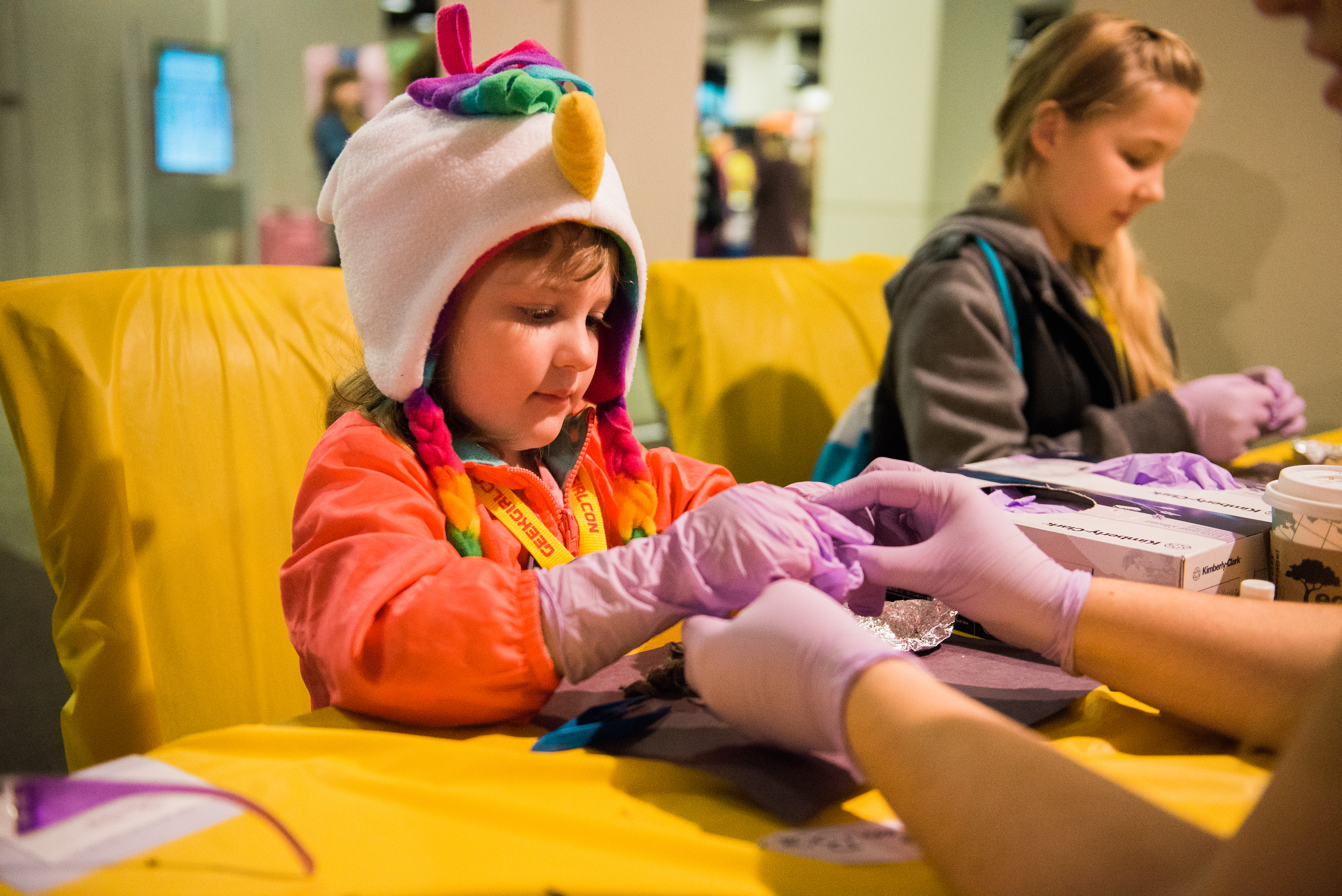 With your help, we’ll be able to acquire the supplies we need, track down some awesome prizes, and bring in a super set of scientists. And this year, we’re planning some special superhero-themed activities and, as Raychelle put it, “LASERS.” Any money that’s left over after this year’s con will roll over to support the DIY Science Zone at GeekGirlCon ‘18.

From now until con weekend, you can support the cause of bringing science to GeekGirlCon using this form. On the form, donors can select if they’d like to be acknowledged on twitter or remain anonymous. If you’re attending the con, you’ll receive a limited edition button to wear so you’ll be able to show off your DIY Science Zone pride.

And, as always, DIY Science Zone volunteers are here to provide us periodic magical Acts of Whimsy (AoW) to celebrate the success of the fundraiser. First up, Raychelle, at $1,000 raised, Raychelle blessed us with a live-Tweeting of Titanic (which she hates with a firey passion).

We’re only beginning and there’s already so much to be excited for. Let’s work together and make this year’s DIY Science Zone the most engaging, interactive, and accessible yet!