“Mike was very popular with attendees the past two years, and we’re excited he’ll be joining us again,” Director of Programming and Events, Jennifer Stuller, said. 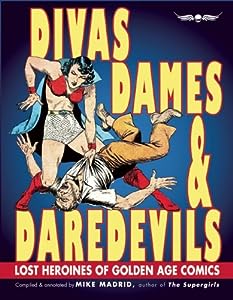 Divas, Dames, and Daredevils is Madrid’s latest project, a book set for release this fall. Exploring the forgotten superheroines of WWII era comics, he reintroduces comic fans to these amazing women lost in our past.

Madrid is slated to give a presentation on the Divas, Dames, and Daredevils panel at GeekGirlCon ‘13.