I live in a sleepy Seattle neighborhood that’s known for its historic, small-town charm and strong sense of community. Renting is the exception, not the norm, and many of my neighbors have been here for decades. I once described where I live to someone in the area, and he responded with, “Oh! You mean the rental unit?”

My neighborhood is also dotted with Neighborhood Crime Watch signs, a fact I was only peripherally aware of until a few weeks ago.

I’ve been trying to make a habit of walking our dog before work each morning as part of my new, COVID-mandated WFH routine. I recently roped my boyfriend into these walks, because the snooze alarm has been extra-tempting lately.

After a couple mornings, my boyfriend asked if we could change the route I’d gotten into the habit of walking and try a different street. When I asked why, he pointed out the Neighborhood Watch signs on multiple electrical poles along our course.

To me, a white woman, these signs imply that some of our neighbors might be busybodies with too much time on their hands. To my boyfriend, a Black man, these signs are a threat.

The problem with this premise is it ignores one of the fundamental goals of Neighborhood Watch groups. According to the National Neighborhood Watch’s website, it aims to empower citizens to act as homeland security and take an active role in the fight against crime.

In their own words, “The time to start your Neighborhood Watch program is now…why wait any longer? DON’T BE A VICTIM! Act now!”

So, what does it mean fight crime and avoid being a victim in your neighborhood? According to some of the Neighborhood Watch signs available for order on their site, “all suspicious persons & activities are immediately reported to our police department.”

The page doesn’t specify what constitutes a suspicious person or activity, but the site does go out of its way to state that:

…research has shown that there is a link between areas with high crime rates and neighborhoods characterized by a heterogeneity of economics and ethnicity, high levels of population turnover and transience, and other physical and economic conditions. Most of this line of research has concluded that crime is higher in “socially disorganized areas” marked by weakened informal control due to an erosion of shared norms […] When neighborhoods become disorganized, the people and institutions that once assisted in maintaining standards of behavior no longer hold such status, resulting in a breakdown in informal control. This, in turn, produces high crime rates.

So, not to name names—or races—but it’s all those different people with their different ethnicities, incomes, and ways of thinking that are making our good neighborhoods unsafe!

Given that line of reasoning, it should come as no surprise that concept of Neighborhood Crime Watches began in the late 1960s, right around the time the Civil Rights Act of 1968—which prohibits housing discrimination based on race, creed, or national origin—was passed. And, despite its attempts to seem like a grassroots approach to neighborhood “safety,” the National Neighborhood Watch itself was founded by the National Sheriffs’ Association.

Although they’ve been around since the ’60s, Neighborhood Watch groups are having a digital renaissance of sorts with the growing popularity of apps like Nextdoor, Neighbors, and Citizen, which give users even easier ways to monitor and report the same “suspicious people and activities” they’ve been monitoring and reporting all along.

But, hey, how else are we supposed to keep our neighborhoods safe? After all, according to the Pew Research Center, most opinion surveys conducted between 1993 and 2018 show that the majority of Americans believe that crime is increasing. People have to protect themselves, right?

Regardless of the cause, reduced crime statistics don’t drive app downloads or sell threatening signs like paranoid groupthink and racial profiling do. And, at a time when hate crimes are at a 16-year high, it’s clear who the real victims are in these watched neighborhoods. 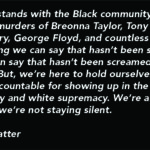 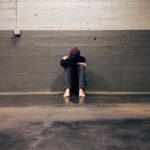 Gallery image with caption: How Bullying is Portrayed in Media