I wanted to go to this panel because Jamala Henderson was the moderator, and I love her voice and her presence. She and I met for the first time at the premiere of Captain America: The Winter Soldier this year, and now I’m part of a group of Marvel enthusiasts that shares awesome upcoming Marvel things with each other.

I also wanted to go to this panel because I am a little bit of a history geek. Not about every aspect of history, but the history of fandom is definitely something that sparked an interest. I know MY history with fandom, and I love hearing other people’s histories as well–and this panel was the ultimate history of women in fandom. The speakers in the panel were four women with various connections to the beginnings of fandom: Linda Deneroff, Susan Matthews, Maggie Nowakowska, and Tish Wells. Each of these women was involved in the beginnings of media and print fandom in the 60s and 70s, primarily around Star Trek and Star Wars. They each spoke about the first books they read that got them into science fiction–everything from Freddie and the Space Ship to Isaac Asimov’s I, Robot to the novels of Edgar Rice Burroughs.

Jamala asked the panelists what they loved about those early science fiction books they read. Susan said, “It was a new world where anything could happen, but there wasn’t any magic!” Linda was struck by the commonalities between what she was learning to read and the advent of the United States space program. Maggie read all the kids’ science fiction books available in her local library, and then moved onto the adult books (which is just what I did!). Tish spoke briefly about an author named Hugh Walters and how she read every book he wrote.

The conversation moved from books to fandom, and how the women got started in media fandom, specifically. All four of them had the same response: Star Trek. They saw the show, then worked on Star Trek fanzines, attended Star Trek conventions, joined Star Trek discussion groups, and cosplayed the characters they liked, whether they were men or women. There wasn’t anything special about a woman dressed as Han Solo or Luke Skywalker; they wore what they wanted to wear.

Having fandom in their lives inspired all four of the panelists in different ways. Susan began writing her own fiction in about 1978, but often kept it to herself. She published her first novel in 1997. Linda was inspired to take up photography, as well as publishing and traveling. Maggie started helping to publish fanzines–most of which were written, typed, mimeographed, and compiled (all by hand) to be sent around the country. Tish said fandom became part of her life as a journalist as she wrote her first published piece on a WorldCon; that piece got her a job, which sent her to Los Angeles for a Star Wars costume exhibit, at which she met and interviewed George Lucas!

All of them said they “found their ‘selves’” in fandom; there was a huge community linked to fandoms and conventions. They encouraged each other to do what they loved, it was powerful enough to keep them doing it. They told stories of women whose husbands wouldn’t allow them to attend science fiction conventions because their husbands “needed them home to cook their meals”. One woman apparently put together fanzines in her car, because her husband wouldn’t allow them in the house. There was even a woman they knew who was institutionalized! Her husband thought that the things she was doing and wanted to do around fandom were literally insane. This sounds like something out of the nineteenth century, or maybe even the early twentieth century; but these happened in the 1970s and 1980s, here in the United States.

Each of these four women have learned very powerful things in their lives through fandom.

I left this “Geek Elders Speak” panel with tears in my eyes, a lump in my throat, and the determination to learn more about the history of women in fandom. I know my history, and I knew about some of the early fanzines; I was even part of a correspondence fiction club called The Third Fleet out of California where we made our own characters, took Starfleet ranks, and were placed on “ships” (groups of other writers) to write stories with our characters and fellow “shipmates”. But nothing I did when I got into fandom prepared me to hear Maggie, Susan, Linda, and Tish speak about their experiences. I’m proud to be part of their ranks, years later, and thinking of ways to do some of the kinds of things they did: building and fostering community, mentoring each other (both in life and fandom), and making sure that what they did–how they built and fostered the communities we have today–continues to grow. The info sheet for The Third Fleet Academy

If you were at the “Geek Elders Speak” panel at GeekGirlCon ‘14, what impressed you the most about the panelists? How did YOU come to fandom? And if there was one thing you could do to help others in our community and build their fandom experiences, what would that be?

And guess what: you can already get your tickets for GeekGirlCon ‘15! We’ve sold out entirely two years in a row, and next year is our fifth anniversary. Don’t miss it!

Below is a bibliography of some of the books and publications mentioned and discussed by the panelists; Maggie Nowakowska forwarded it to GeekGirlCon so we could share it with anyone who wants the information, and to learn more about early media fandom.

Space Cat, Ruthven Todd (orig. 1952)  For the young girls in your life. This was the very first book I took out of the library when I was in 1st grade.

Star Trek Lives!, Jacqueline Lichtenberg (1975)  A classic, written by a media fan, that allowed many women to discover Star Trek fandom. If you’ve ever wondered how Trek fandom came to be an grew so powerful, this is a good book to read.

Enterprising Women: Television Fandom and the Creation of Popular Myth, Camille Bacon-Smith (1992)  A frank discussion of how fandom developed socially in the 1980s. The author participated in fandom herself and describes the ways a fandom supported and challenged women in the 1980s. IMO, Bacon-Smith nails the problems that often arise between those who made up the “first fandom” of a favorite series and the “second fandom,” made up of those who join later, bringing different, often conflicting interpretations to the mix.

Science Fiction Audiences: Watching Doctor Who and Star Trek, John Tulliock and Henry Jenkins (1995)  Follow up the Textual Poachers, with a tighter focus on Whovians and Trekkers.

Boldly Writing: A Trekker Fan and Zine History, 1967-1987. Joan Marie Verba (1996)  A year-by-year review of Star Trek fandom by someone who was there. If  you want to travel the years of fandom vicariously, this is the book for you. All the people who paved the way for media fandom, all the social and fanzine developments, are here.

Fan Phenomena series: Star Trek, Star Wars, Buffy the Vampire Slayer, Batman,  Twin Peaks, Doctor Who, Supernatural, Sherlock Holmes, Jane Austin, The Hunger Games, Various editors (2013) England brings us a series of books about many of the world-wide media fandoms that have developed over the years.

How Star Wars Conquered the Universe, Chris Taylor (2014)  An excellent history about how Star Wars, and Star Wars fandom took media fandom mainstream and made Star Wars the phenomenon that it is. Deeply researched, this book will take you into the heart of the Star Wars experience. 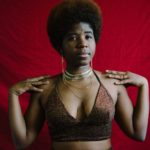 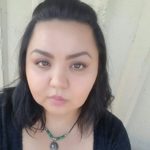