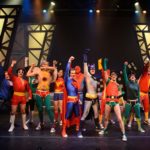 Gallery image with caption: We’re All in This Together: 10 Years of Starkid 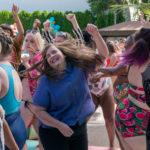