We are proud to present programming exploring race and geekdom. Estafany Gonzales will be presenting a panel titled “Black, Latina, Girl, and Geek” with Aquala Lloyd and Emily Berrios. She chose to bring it to GeekGirlCon ‘13 because “[GeekGirlCon] feels intimate and above all things, open and eager to truly stand behind its name and keep a space open for geek girls of all fandoms, walks of life, etc. With that said, I think it’s a great place to talk about a really underestimated demographic of geeks.” The dynamic Chaka Cumberbatch will be joining us. Catch her superhero cosplay and get her insight on topics such as social, race, gender, and sexuality issues within geek and cosplay communities. On a related superhero topic, Grace Gipson presents on black heroines. Gipson chose to present at GeekGirlCon so that she furthers awareness with regards to race and gender in comic books and novels, particularly on the black female. She notes that “little research has been conducted [on the subject] and I would like to build upon the small founding so that individuals in and outside the academic community can learn and hopefully share with others.”

The same session will be loaded with concurrent presentations by Erin Lovejoy-Guron and Jose Alaniz on the topics of Wonder Woman and Octobriana, respectively. Not only will programming examine the characters of color in comic books, but it will also take on movies. At the panel “The Changing Role of the Character of Color,” panelists Raychelle Burks, Danielle Lee, Kristine Hassell, Lali DeRosier, and Stephen Granade will examine if the disposable Character of Color trope has truly disappeared from film, or if it has morphed into other forms of disposability and invisibility. Lali DeRosier explains some of her experience when exploring the concept, as a part of the Curly Haired Mafia (CHM): “In the last year, I became involved with the Curly Hair Mafia (@drubidium & @DNLee5 on Twitter), where we did movie reviews for sci-fi and horror. We got together as friends with common interests, but themes of race that spoke to us became a common thread. For me, CHM was the first time I’d had an opportunity to have conversations about race-related issues in a public way about fandoms that I deeply care about. The opportunity to be on the panel at [GeekGirlCon ‘13] is an extension of that desire to continue the conversation. I am very excited to hear input from so many voices. In sci-fi especially, the intersections of so many influences (science, gender & race perceptions and stereotypes, pressure from producers, biases of the writers, class, education…) make it a constantly shifting sand on which to build worlds.”

GeekGirlCon is a great place to explore intersectionality in geekdom. We’d love to see you participate in the topic of race in geekdom—come to GeekGirlCon ‘13! 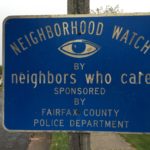