The panel opened with a discussion on childhood aspirations: did the panelists know what they wanted to do what they were currently doing as children? Interestingly, none of the panels had a direct path to their careers. Beth Linz had gone to college to be a music teacher, but when she didn’t get in she made different choices about what to study. “One of my friends said that I should try computer science. I took one class and loved it, aced it and stayed. I learned that I loved software engineering.” Irina Mann described what it was like to see computers for the first time: “In middle school we got a new classroom had these white boxes on every table. They looked like they were from Mars. I asked people what they were and they said, ‘They’re computers. This is a computer lab, but you’re not allowed in here because you’re in 7th grade and this is for 8th graders’”. To get around this, she joined the computer club at school to get a head start.

In addition, the panelists also discussed the classes they took to prepare for STEM, as well as extra-curricular activities they took to steer into STEM careers. Erika Wagner credits the science Olympiad at school: “I learned what engineering was by building things hands-on. Science is about creating solutions to real problems. I was also a marching band geek; I learned about leadership and working on a team.” Jamie Waldock said, “I always did the science fair and didn’t know that it was optional! In college, there was a rockets class which was important in networking; we go to the desert and shoot off rockets.” There was also a lengthy discussion of the underrepresentation of women in the STEM fields, and the panelists offered a variety of strategies to not be intimidated in that setting. Erika Wagner’s advice was simply to be the best. “It’s so frustrating when I see women that I know are really good but they shrink down and hide,” she said. Irina Mann echoed that sentiment: “Working as a woman in the industry, you shouldn’t be afraid to be a woman. You do need to be the best, but YOU also need to understand that you ARE the best. We try to validate ourselves all the time. In an environment where you don’t have support, women have a higher tendency to shrink a little bit faster.” Jamie Waldock also noted that even if you don’t start out as the best, you have to work up to it. “Asking questions shows that you are dedicated and passionate about the industry. Sometimes even if the questions are naïve, then you learn. People aren’t going to think you’re stupid, they’re going to think that you’re involved and passionate.” Erika Wagner also suggested that women be confident about their areas of expertise: “In the room, you are probably the best at something,” she said. “To know where you can offer something in a conversation is really helpful.”

Finally, the culture of the industry was addressed. Christine Washburn observed that women were more likely to apologize than men. “I had to make a conscious effort to stop apologizing unless I legitimately did something wrong. We add all this extra stuff to our language; it takes mental effort but we should be more concise.” Jamie Waldock cited a study where men were likely to apply for jobs when they met 50-60% of the criteria, whereas for women, it was 92-100% of the criteria. The overall result of this meant that there were fewer women applying for jobs, which also meant that there were fewer women in the industry to be leaders and mentors. “Women entering the industry are expected to compete on the same level as men. But in the social environment, we fall out,” notes Irina Mann. “We should create mentorship programs to support [women in STEM]; we need more voices.” Even so, in the absence of enough of these programs, the panelists agreed that having passion for STEM is what kept them there and continuing to progress in their careers. “Practice. Remember what brought you to the field in the first place,” said Beth Linz. “Everything that is worthwhile takes practice.” 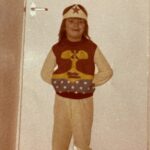 One response to “GeekGirlCon ’15 Panel Recap: Women in STEM”