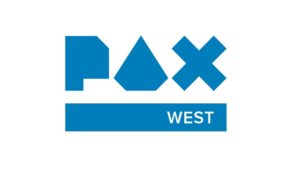 It’s the most wonderful time of the year, when convention season starts up! GeekGirlCon may still be two months away, but you can get your geek on at PAX West from this Friday through to Labor Day Monday, and you might see some familiar GeekGirlCon faces while you’re there!

We’ll be hanging out for YEAR 5 of our presence in the PAX Diversity Lounge! Come up to the 6th floor of the convention center and say hello! We’ll be selling merch and passes to our convention. You can also hang out in a laid-back and inclusive atmosphere while learning about a ton of nonprofits that support underrepresented areas of geekdom.

In addition, we have a couple of staffers on panels, so come and learn (more) about representation in games, and the shifting nerdcore music scene:

Finally, we’re bringing back the Golden Ticket. On Friday, Saturday, and Sunday of PAX! if you can find a GeekGirlCon staffer holding a Golden Ticket, you can claim it (you just have to talk to us). Tweet a picture of you with your ticket and the staffer, and then take your ticket up to our table at the Diversity Lounge to turn it in for some fabulous prizes!

Want to know where to find tickets? Here’s a hint: these fine people will be roaming around at PAX armed with a limited number of tickets, so you’d better find them before they run out: 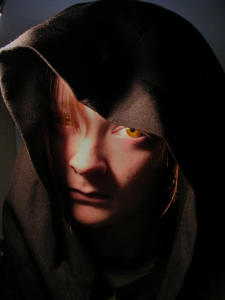 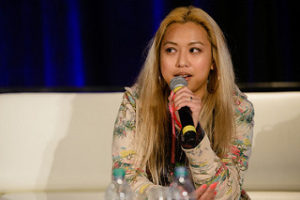 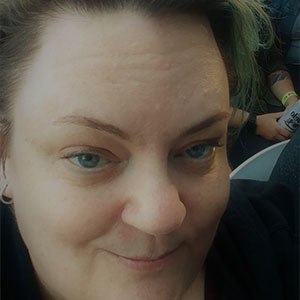 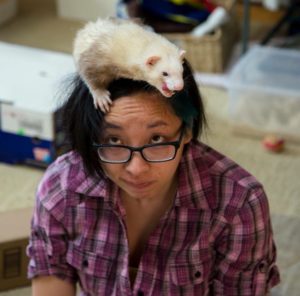 (Ferret will not be at PAX.)

Some ticket holders might be easier to find than others! Some might be in cosplay! Check the GeekGirlCon Twitter each morning for their locations. Good luck, have fun!

One response to “GeekGirlCon at PAX West 2018!”