April 29, 2011-Seattle, WA- GeekGirlCon is proud to announce that Carrie and Katie Goldman will join our growing list of guests at GeekGirlCon. You may remember reading about Katie in November 2010 and her experiences being bullied at school by first-grade boys because she carried a Star Wars water bottle. The boys repeatedly picked on Katie in the lunch room, telling her Star Wars was for boys only. GeekGirlCon feels for these young boys, who do not yet know that Geek Girls exist and that we are everywhere. GeekGirlCon applauds Katie’s courage in declaring her love of Star Wars and believes that the force is strong with this one!

Carrie Goldman, who shared her daughter’s bullying experience on her blog A Portrait of an Adoption, is a painter and writer. Carrie is writing her first book, The Littlest Jedi, an exploration of bullying prevention that will be published by Harper Collins. At GeekGirlCon, Carrie and Katie will offer their insights and experience with bullies at a geeky parenting panel. GeekGirlCon programming is still taking shape, so please check geekgirlcon.com regularly for up-to-date information.

In 2010, Carrie was eager to show Katie that other girls are Star Wars fans too. GeekGirlCon will have more Star Wars Geek Girls that you can count. Not only will our attendees show their love of Star Wars, but our special guests too.

Bonnie Burton, writer at The Official Star Wars Blog and author of many Star Wars arts and crafts books, is a confirmed guest at GeekGirlCon. Bonnie has built a name for herself as a renowned authority on Star Wars and Geek Girl culture. Her first book Girls Against Girls is a look at how girls are often so cruel to one and other and, most importantly, offers suggestions on how to break the cycle of cruelty in their own lives.

GeekGirlCon is a celebration of the female geek in Seattle on October 8-9, 2011 in the Seattle Center Northwest Rooms. Look for more information soon about other programming ans special guests. Stay up-to-date by following us on Twitter @geekgirlcon or liking our Facebook page: facebook.com/geekgirlcon.

MORE INFORAMTION ON GEEKGIRLCON:
GeekGirlCon is a Seattle nonprofit dedicated to promoting awareness of and celebrating the contribution and involvement of women in the sciences, science fiction, comics, gaming, and related Geek culture. The first ever GeekGirlCon will be October 8-9, 2011 at the Seattle Center Northwest Rooms. See GeekGirlCon.com for more details and our list of special guests.

MORE INFORMATION ON CARRIE GOLDMAN:
Carrie Goldman is the author of Portrait of an Adoption, (http://www.chicagonow.com/blogs/portrait_of_an_adoption/), a blog that has drawn over 450,000 views just since November 15, 2010 and receives several thousand unique views per day. The blog is hosted by ChicagoNow, an online community owned by The Chicago Tribune. Goldman writes about issues related to adoption and parenting. She founded her own company, Artwork By Carrie, and entered the art show and gallery circuit. Through her award-winning oil paintings, Goldman expresses her emotions about the beauty, sadness and joy unexpectedly found in life. Goldman lives in Evanston with her husband and three young daughters, of whom Katie is the oldest.
Bonnie Burton is geek culture writer extraordinaire. She has done too much to list in one paragraph. Visit www.grrl.com for a comprehensive list of Bonnie’s geek credentials. 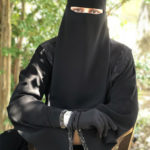