Hey, Staffer! Whatcha Geekin’ Out About? An Interview with Colleen O’Holleran

Resuming our GeekGirlCon staff interview series, we have Activities Manager Colleen O’Holleran in the hotseat this month! Colleen has a lot of thoughts about the horror genre, so if you want recommendations for TV, movies, and books, read on! 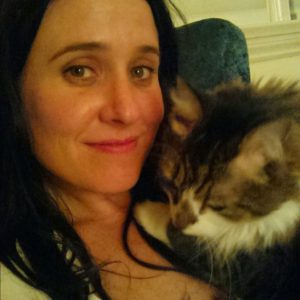 I’m the Activities Manager at GeekGirlCon, which means that I’m responsible for all of the Con programming content that falls under Activities: Workshops, Meetups, VAIN Guerilla Hair Styling, the Cosplay Repair Station, the GeekGirlCon Quest Scavenger Hunt, plus other programming odds and ends that don’t fall under Events or Panels.

I get to work with Niki Marion, who leads Workshops, and Programming Director Meagan Malone. We get along so well, and we are always getting stuff done, so I feel like we’re a super team!

What do you do for your day job, when you’re not being awesome as a GGC staffer?

I work for the incredible international non-profit organization, Landesa. Landesa works to secure land rights for rural people and has a particular emphasis on promoting women’s land rights, including inheritance rights for girls. I have been at Landesa since 2014 and work as a Program Manager for the Program Operations team. I get to lead projects related to building the next generation of land rights practitioners, and I also get to be involved in efforts for building capacity around the organization’s programmatic work. It’s meaningful, rewarding, and also a huge honor to get to work with my amazing colleagues. I actually love going to work in the morning.

Yes, but that wasn’t always a good thing. I was born in 1980, and I remember when it wasn’t cool to be a geek! We are having our heyday though, with popular culture promoting things that used to be sidelined. I love that people feel good about being fans and can be celebrated for “geeking out” on things they like. I especially love seeing young people feel confident about their geeky interests. That’s one of the things I appreciate so much about GeekGirlCon—it’s a place where you can totally be yourself without judgement. You can show up in cosplay or in whatever it is that you feel most comfortable in. And you can find others who share your interests or who at least will be totally supportive of the fact that you have those interests that you like to geek out about!

I’m also an 80s kid! What sort of geeky stuff were you into growing up (even if it wasn’t cool to be a geek then)?

For TV shows, anthologies like Eerie, Indiana when I was younger and Tales from the Crypt when I was a little older. For movies, the holy trinity of Labyrinth, Legend, and Willow. Plus the Joe Dante movies and, of course, Fred Dekker’s The Monster Squad!! For books, Scary Stories to Tell in the Dark (I had all those stories memorized!) then onto Edgar Allan Poe, Anne Rice, Stephen King, and HP Lovecraft.

Awesome! Why do you think geekdom is cool now, even if it wasn’t when you were younger?

I’ve always thought geekdom was cool. It’s popular culture that has caught up and finally agrees!

What sort of (geeky) things do you like to do in your spare time?

When I’m not working, volunteering, sleeping, or squeezing in time for yoga, I’m reading books or watching movies! Movie-watching is also my homework for the 2018 Seattle International Film Festival, which I’m supporting with genre programming. If you’re a horror fan, keep your eyes peeled for the festival’s midnight film lineup—I can tell you now that we are in a horror film renaissance, and there will be some insanely good films screened during the next SIFF. 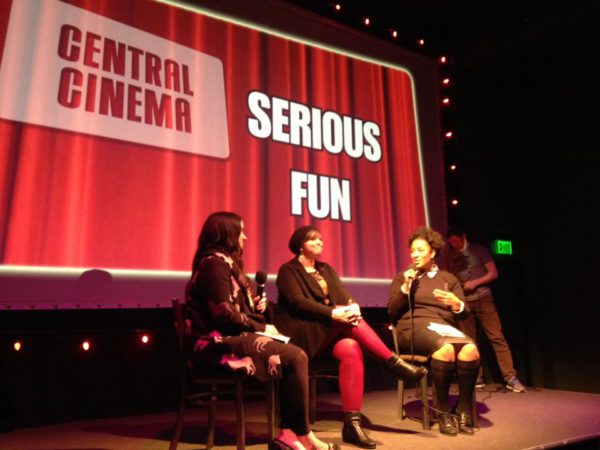 That sounds awesome! Tell me more about this horror film renaissance.

I think, probably due to video on demand and accessibility, that more people are accessing horror films. So, the demand is there. And on the supply side, there are just tons of great indie horror films out there right now, and more keep coming. A lot of female-written and directed horror features are being made, and I’m particularly excited about that. The Love Witch and XX are two that recently came out which I recommend. It’s a great time to be a horror fan.

What are you currently geeking out about?

Who do you think would be interested in this show?

If you were a kid who loved Goosebumps, Fear Street, or The Haunting Hour, then you need to check out Channel Zero: No-End House!

What else do you recommend?

Keeping with the haunted house theme, I just finished a novel by David Mitchell called Slade House. This is some mind-bending haunted house stuff, told over time and through different characters eyes. David Mitchell is so good at that! The companion book is The Bone Clocks, which expands on the universe, and I’m reading that now. I think anyone would like them, but check out Slade House first if you want a quicker read, then move on to The Bone Clocks if (like me) you find yourself wanting more!

The last thing I want to recommend is an Irish movie called A Dark Song that was shown at last year’s Fantastic Fest. It is an ambient, supernatural horror movie. The less you know about it going into it, the better!

I would recommend the movie A Dark Song to people who like the subgenre of occult horror. But on top of that, it’s just a really solid movie.

Okay, let’s talk about the org. How did you get involved with GeekGirlCon?

I have a dream of someday starting a day camp for girls where they can learn how to make films. This is a longer-term goal for down the road. In the meantime I wanted to find something I could do in my spare time that complemented my longer-term goals and also my commitment to women and femme empowerment by cultivating an environment that allows girls’ interests to flourish and where they can be celebrated for being awesome and creative. That is GeekGirlCon! 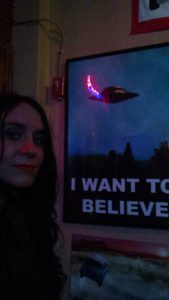 Image description: Colleen in front of an X Files poster showing a spaceship above the text “I want to believe”

My favorite part about being a GeekGirlCon staffer is getting to be involved in programming. I love doing public polls to see what people are interested in attending in terms of content. I actually am a scheduling nerd (yes, that’s a thing) and really enjoy putting together the schedule for the programming content that falls under Activities, matching content to people’s interests and the geek zeitgeist.

What were your thoughts on GeekGirlCon ‘17? Did you have a favorite moment?

I had a really great time at this year’s Con. I think the highlight for me was attending the LGBTQ+ meetup, which I also programmed. Community is super important to me, and there was a strong sense of community at this year’s GeekGirlCon. I love getting to know new people, and I had a chance to do that at the LGBTQ+ meetup. It’s also fun to see some of the same people who you see at every GeekGirlCon. I hope people who went this last year go to next year’s, so we can keep it going!

Want to geek out with Colleen about horror, or discuss your favorite TV or film genre while supporting a nonprofit that empowers women and girls in geeky domains? Apply to join our staff today!