Hey, Staffer! Whatcha Geekin’ Out About? An Interview with Jo Lau 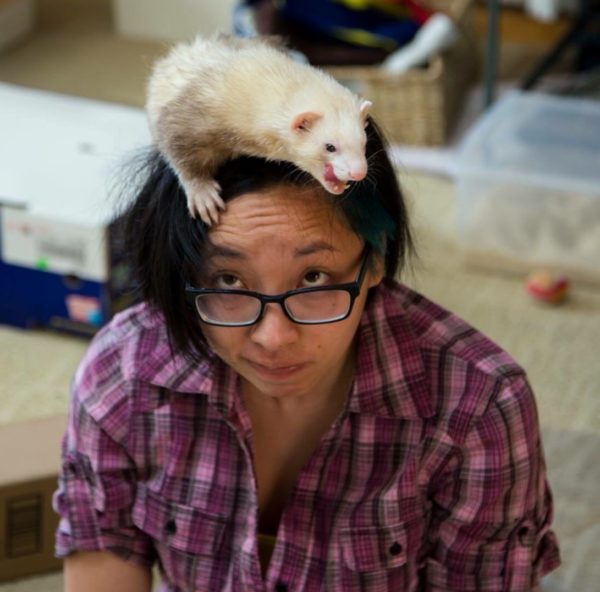 Image description: Jo sitting, looking up to where a tan ferret is perched on her head, licking its lips. Source: Jo Lau

In this edition of Hey, Staffer, I’m taking the reigns from Jo (JC) and interviewing her for a change. I have been honored to work for the past year under Jo as a GeekGirlCon Copywriter to her Manager of Editorial Services. Jo has recently transitioned into a new role here at GGC–read on to learn about her new position, her “drunk toddler-puppy hybrid” pets, and plenty more!

Who are you and what do you do at GeekGirlCon?
Hi! I’m Jo, or JC Lau. I’m GeekGirlCon’s Campaign Project Manager! My job is to make sure that our various campaigns are coordinated and that all the different teams that touch them are aligned on how we want to show the world our best side. It involves taking marketing requests from other departments, parsing out the requisite tasks for each marketing team, and then making sure it all gets done. It’s a lot of herding cats, but the cats are lovely and want to make things work out.

Since you mentioned both, do you prefer to go by Jo or JC?
Call me Jo! I use my initials when I publish–it’s kind of like how J.K. Rowling also goes as “Jo”. There are several reasons why I use my initials, and they’re all to do with dealing with oppressive patriarchal systems: when I was an academic, I was more likely to be taken seriously (and get published) if I submitted my work using my initials. When I left academia, using my initials instead of my (ladyish sounding name) helped to disguise my identity as a woman who wrote about video games on the internet.

What do you do for your non-GGC day job?
I make video games! I’m a scrum master and test engineer, so I make sure that my team can make cool content. We have a release coming out in September so things are pretty busy. Here’s the trailer we showed at E3 of the game.

I’m also on my studio’s diversity committee, where we do work to make the studio, our gaming community, and the games industry as a whole a more diverse, inclusive, and equitable place.

Image description: an image of a PowerPoint slide from GGC’17’s Breaking the Bamboo Ceiling, featuring round headshots of Jo and the four other panelists with their names and twitter handles. Source: me.

What sort of (geeky) things do you like to do in your spare time?
It might be kind of obvious, but I love video gaming. I also have a regular RPG group with whom I play Dungeons and Dragons. (Sidenote: my current character is a genderqueer teenage water genasi wizard called Harry. It means that I get to say “I’m a Wizard: Harry” a lot, much to the facepalming of my party members.) I also really enjoy legacy games, and am currently playing campaigns for Gloomhaven and Pandemic Legacy: Season Two. 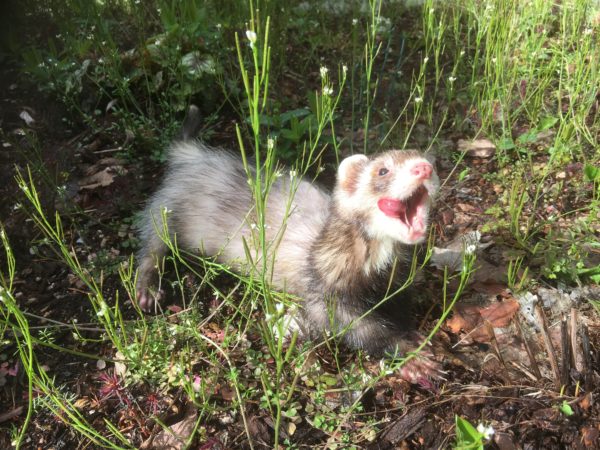 Image description: one of Jo’s ferrets licking its lips while standing outside surrounded by plants. Source: Jo Lau.

I foster ferrets with the Washington Ferret Rescue and Shelter so that keeps me busy as well. The ferrets I foster are ones that have ongoing medical issues and can’t be adopted, so I give them a home and a family until they pass away. Having a ferret is like having a drunk toddler-puppy hybrid who is hyperactive, curious, and uncoordinated, and loves to put random things in their mouths; I spend a lot of time running after them and seeing what they got into. But they’re also incredibly fun and loving little creatures.

And it’s the off-season now, but I also do roller derby! I skate with Rat City Roller Derby, where I captain one of their home teams. I’ve skated for about 4-5 years now. It’s super fun and high energy, and my teammates are awesome.
Apart from all that, I’m also previously an academic who worked in political philosophy, so reading about things like constitutional law is actually enjoyable to me. It’s also pretty revealing in these dark political times. I know that sounds weird but I’m going to own it! 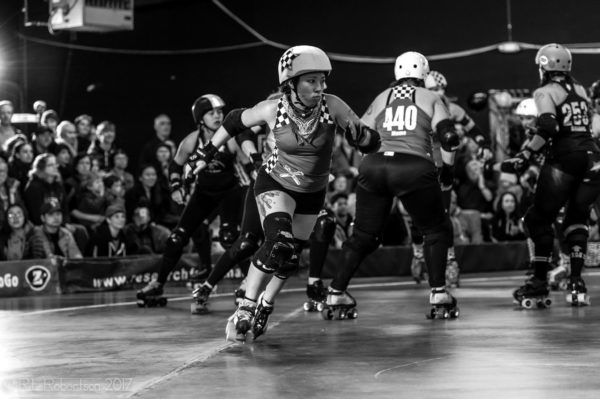 What are you currently geeking out about?
I’m learning how to cosplay! This year, I learned how to make foam armor and weapons and I’m hoping that I’ll have my first actual costume ready in time for GeekGirlCon ’18. There’s a lot of tutorials online, and working with foam is a little bit of “if it works and looks good, that’s good enough”, which makes me have to suppress my perfectionist/type A personality. I also think it’s super cool to be able to make something that looks awesome and then be like, “yeah, I made that. And you can too!”

How did you get involved with GeekGirlCon?
I moved to Seattle about four years ago and GeekGirlCon was the first convention I went to here. It was amazing! Coming from a games background, I thought that conventions were mostly spaces for people who didn’t look like me. Sure, there’s still some amount of gatekeeping at conventions, but at GeekGirlCon ’14 I felt included and welcome, and the organizational mission aligned with my own beliefs. After the con, there was a call for guest posts on their blog, so I published a few times there as a guest contributor before a copywriter position became open. I applied, and here I am. 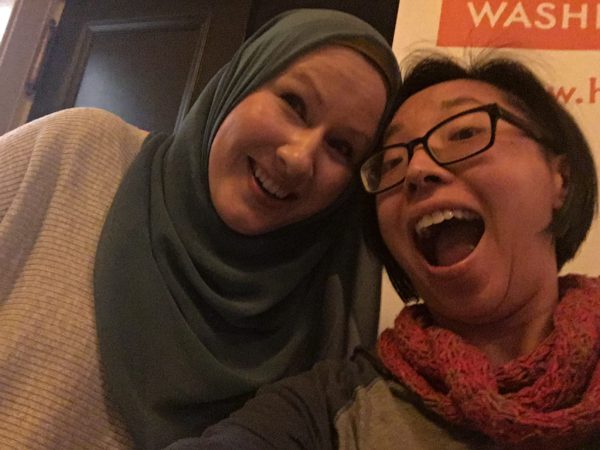 What has been a challenge for you about being a GeekGirlCon staffer?
Being a grassroots nonprofit, there’s so much stuff that we want to put into the organization and convention but we’re limited by funding and volunteer resources. I wish we could expand and take this convention nationally, or provide more outreach opportunities, or put on an even bigger convention! All of that stuff takes time and money and people, so we have to grow responsibly and keep ourselves sustainable, even though I’m like “I want it now!!”

What were your thoughts on GeekGirlCon ‘17? Did you have a favorite moment?
There were so many! I was particularly excited about the new extended gaming area, and the Let’s Play stage. I also really loved that we had a women of color meetup; seeing the room completely filled was so heartening. 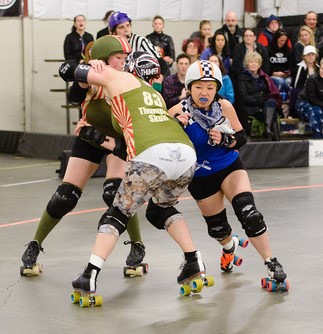 What are you looking forward to for GeekGirlCon in the future?
Expansion! This is a long term goal, but I believe that over time, as we grow, we’ll be able to reach new areas of geekdom and build even stronger communities of diverse geeks of all ages and backgrounds.

And more food science at our convention. I love eating and learning at the same time.

If you think you’d like to be like Jo and support GeekGirlCon all year around, check out our available volunteer staff positions!