The Descent is a 2005 British horror film that was both written and directed by Neil Marshall. It’s woman centric and awesome. It follows a group of women as they embark on a spelunking adventure into the depths of an uncharted cave system in North Carolina. According to the organizers of this event, the less you know about this film going in, the better! The panelists include Amie Simon, who writes for Three Imaginary Girls; Isabella Price, who is a producer for Cascadia Dread; and our very own Colleen O’Holleran, who works for GeekGirlCon as our Activities Coordinator.

For more details about this event, visit its Facebook page. Tickets are ten dollars and the movie is rated R, so keep that in mind while inviting all of your family and friends and potentially also your enemies. Just think, this Thursday, you could spend your evening participating in a critical discussion, watching an amazing film, and supporting geeky creators all at the same time. At least for me, a healthy dose of feminism is just what I need to get into the Halloween spirit. What I look like for the entire month of October. Source: The Horror Honeys

Take Up the GeekGirlCon QUEST 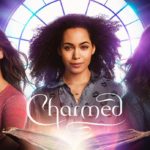