In Defense of Video Games 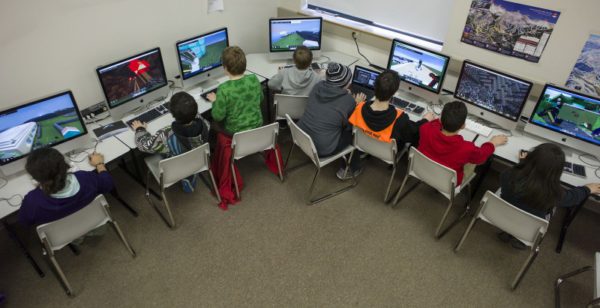 I can’t count how many times in my life I’ve heard video gamers referred to as “lazy.” And I guess I get it–I’ve skipped class to play video games. I’ve found myself staring at a screen instead of taking care of responsibilities. It’s natural to be lazy when something is entertaining you.

GeekGirlCon attendees, readers, and those involved know this more than anyone, as a girl gamer is looked upon much less favorably than a male gamer. While it’s still “bad” to be a male gamer, a double standard continues across the board as it does in all things. So for all gamers everywhere, I want to defend gaming–as a practice and a community.

The Similarities between Gaming and Reading

First of all, people who like to bash on gaming  often point to physical fitness or reading. I get it, reading’s important, and it’s good for you. But, to dissenters’ dismay, books and video games have a lot of similarities and can actually both be good for you. It’s odd that the former is painted with such reverence and the latter is disregarded as a waste of time.

A study reported on by the UK’s Independent revealed that thought-provoking video games like Gone Home help people to be understanding and empathetic in the same way books do. Particularly, fiction in general has that power. To borrow from the Independent’s article, Professor Keith Oatley said “Popular fiction that includes complex characters can also have beneficial effects. It has been found, for instance, that reading Harry Potter can enable reduction in prejudice.”

Of course, some books can enable prejudice and harmful attitudes as well if the reader is not of sound mind while reading them. After all, there were many books that inspired Hitler. Likewise, playing a violent video game, for instance, and being absorbed into the violence rather than the moral or storyline (should there be one) could be harmful to some folk, as it has been in the past.

My point is that anything can be bad and anything can be good. But gaming is not bad in nature in the way that some people like to paint it. It seems that, like anything, what gets into your mind is different from how it gets in there.

Also, many games nowadays have storylines, similar to reading a book. For me, there’s next to nothing more comforting in lonely times than getting lost in a storyline; why can’t some people find that with video games? In fact, it’s even possible that gaming helps your reading skills. There are a lot of similarities here, so the next time somebody tells you to “go read a book” because “video games are bad for you,” you’ll have plenty of ammunition to defend your claim.

One of Many Ways to Train Your Brain

Yes, it seems that many of the things we thought about video games and how they affect people may not be true. Video games have been reported in other studies to stimulate neurogenesis and other positive effects on the brain. They even have been noted to help increase attention spans. Of course, nothing is without exceptions, and the type of video game, as well as the age of the person playing it, helps to determine how a brain reacts and develops with it. 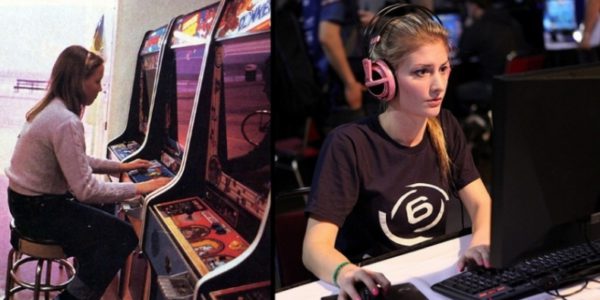 Video Games’ Extended Use in Education

Gaming is said by many to be helpful in teaching and tutoring. Researchers all over the world are learning to incorporate video games into actual educational experiences. For example, a particular group in Argentina has been using a series of cognitive training games and found they’re useful in teaching people to function more productively, particularly children of lower socioeconomic standing attending primary school.

Arguably, as the need for technology skills increases, students should learn technology skills in conjunction with the normal school curriculum. Some schools are taking that to heart and actually using video games to teach both technology skills as well as normal curriculum. Problem solving, memorization, and critical thinking skills can all be taught through video games. I think the Ocarina of Time is one of our oldest examples at this point of a game that requires you to think critically and improves these skills, though there is some debate over it.

And then of course, social skills also can increase depending on the video game. We already know that gamers have been brought together worldwide in a number of ways, from XBox Live to eSports and other gaming business’ live streams on Youtube. Collaborative puzzle games like Never Alone, Child of Light, and others teach gamers to work together on time crunches.

While some people are skeptical, others are positive that the future of education is in video gaming. I wouldn’t go that far, but I think there are a lot of benefits to interactive learning through technology, and we shouldn’t take this evidence lightly.

As I mentioned earlier, women who are into gaming get the short end of the stick. Inclusivity in nerd culture is lacking in general. But as society progresses, so do its various subcultures. Opening up all spaces of comfort for all kinds of people, no matter who they are or how they identify, is important and I think it’s on its way. Such spaces need to be inclusive because so often hostility is bred against diversity when they become homogenous. People on the fringes of culture are often pushed out of places that they find solace in, unfortunately.

Gaming is gender neutral, and gamers are learning that as more women and LGBTQ+ folk are becoming more represented in the gaming community. More discussions are being had. There have recently been several calls for more diversity in gaming characters–Aloy from Horizon: Zero Dawn, Jade from Beyond Good and Evil, and Faith from Mirror’s Edge for instance–and hopefully this will lead not only to more strong leading female characters.

Contrary to how much flack they get, video games and the gaming community have a lot of very redeeming and awesome qualities to them. And while it might happen slowly, I think that, within the next five to ten years, the inclusivity that some of the gaming community is trying to create space for will get less and less flack and more acceptance. Hopefully in fifty years it won’t even be a discussion.

Gaming can be healthy. Creating games is artsy and similar to writing, painting, or creating anything else. The world is coming to see that and respect gaming as a craft and community. It might take a while, but it looks like we’re going to get there.

Do you have examples of diversity in gaming, or the educational effects of video games, or studies you want to send on how they improve or don’t improve brain activity? Post in the comments below!

Robert Lanterman is a writer and musician from Boise ID. He doesn’t game much but occasionally would get on a kick when avoiding class in college. He also runs a record label called Hidden Home Records. He can be contacted on Twitter @Robolitious.

2 responses to “In Defense of Video Games”