Introducing the Name Our Avatar Contest!

For those who have been following GeekGirlCon for a while, our little team of avatars may be familiar to you: Burashi, Jwé, Vívid, and Dr. Mae! Last year we introduced a new avatar to the lineup by artist Sheri Bates, but have yet to name them.

In anticipation for GeekGirlCon 2018 from today, September 5th, to October 1st you can submit a name and explanation by following this link! The #NameOurAvatar contest gives our community the chance to help us build upon the convention. We are looking to your creativity and stories not only to name the latest addition to our team of characters, but to help us continue to build a GeekGirlCon that you feel apart of and proud of. Whether you come to us with an original story or want to tell us a little bit about yourself, we want to hear what you have to say. 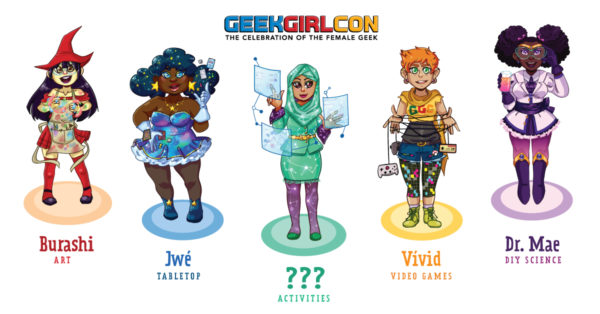 We can’t wait to read your entries and meet the latest edition of our mighty team—but stay tuned to the end of this post for the origin story of our avatars, written by GGC’s very own Andy! Whether you’re looking to get a little inspired for your own entry, or just curious about how this super team came to be as we look to name the latest member of the bunch.

You can submit your entry online by clicking the following link! All entries must include your name and contact information. There is no age requirement though, so anyone can submit their idea! 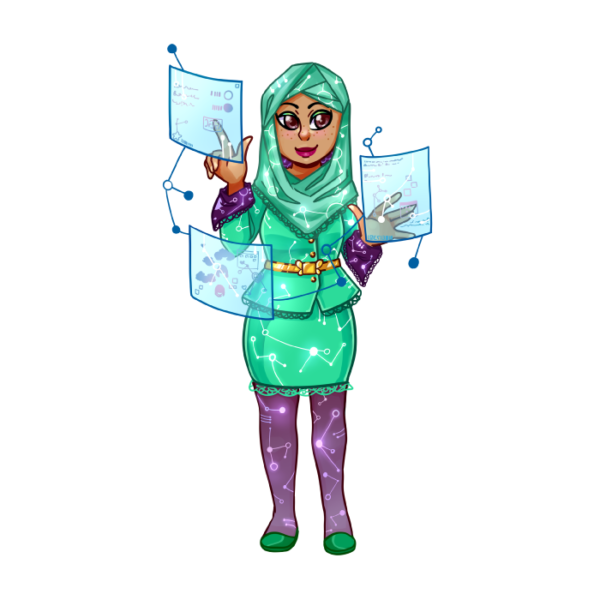 Whether the explanation of your proposed name is fictional or real, we want to hear about it! Be as creative and you’d like—you can even write us a short story or poem! This avatar can be whoever we want them to be, and you can tell us about it however you’d like.

Our first place winner and the runner up will each receive a two day pass to the convention! In addition to this, the first place winner will also get a write-up showcasing the name that they chose for the avatar and their backstory, introducing them to our community!

1st Place: Two Day Pass and coverage on our social media channels, including here on our blog!

It all started with the concept of Irony…

I began my GGC staffing career running gaming events at the convention and then taking over hosting our Game Night at Wayward Coffeehouse. Our community outreach at the time was very limited, so between those duties and repping GGC at other conventions that I attended, something funny happened. For a large swath of people in Seattle (especially those in gaming circles), I was the face they associated with GGC. The irony was not lost on me, as I belong to a demographic that has traditionally been less than welcoming to marginalized groups in the geek community. 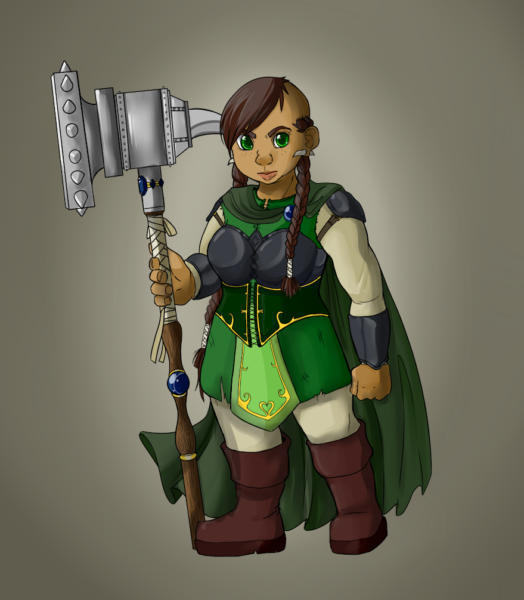 This really came to a head when I was invited to participate in Wizards of the Coast’s first 24 hour Dungeons & Dragons marathon livestream, in support of Extra Life. Since I was going to be on camera representing GGC, I knew my character had to reflect our values. And so I crafted a fierce dwarven warrior, drawing inspiration from several fellow staffers who I admired. I named her Irony.

To bring the character alive, as well as meet some of my pledge goals, I turned to my very talented friend, Sheri Bates, for a character portrait of Irony. She produced the amazing image above. Everyone on the stream loved her and she would go on to feature in future Extra Life events (she even became a puppet)! It was at that first event that the GeekGirlScout program was born as well.

Now that Irony existed, it was time to introduce her to a broader audience. And so she became an avatar for the RPG area of the GGC gaming floor.

​
But the gaming floor featured more than RPGs and, perhaps more importantly to me, it would be a shame if she stood alone. And so once again a turned to the incredible Ms. Bates to create companions for Irony. Thus, the GGC Gaming Avatars were created. 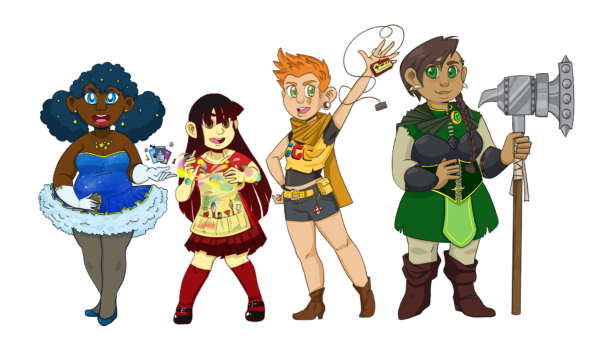 From the left: Jwé, the tabletop gaming avatar; Burashi, the workshops avatar; Vivíd, the video gaming avatar; and of course, Irony representing RPGs.

Sheri drew these amazing looks with some minor input from me. I named them all, with help from Kristine Hassell, and the team was ready for action! We created a banner for the floor entrance, as well as dozens of posters (which were all claimed) and even coloring pages for kids (and adults)!
​ 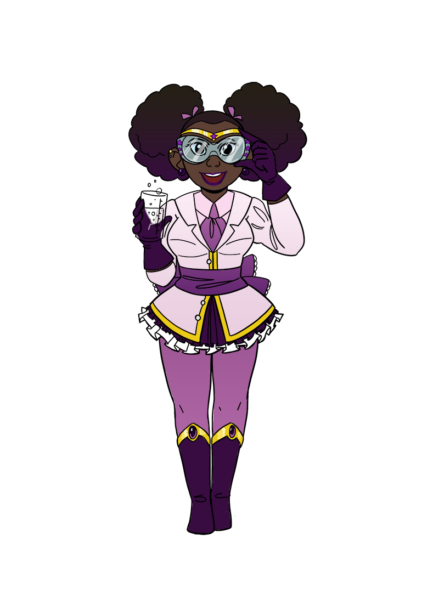 The avatars were a big hit with all who came down to play games. And staff liked them too. Raychelle (the director of DIYSZ) loved the avatars so much, she decided DIYSZ needed one! Once again, we went to Sheri, and boom! Dr. Mae was born.

We look forward to reading through all of your entries, and we’ll introduce you to the latest member of the team soon!

2 responses to “Introducing the Name Our Avatar Contest!”