Why do I find her so relatable? Well, to start with, Meg is a self-proclaimed ‘plain’ girl and oddball, with a mouth full of braces and thick glasses, who seems like she couldn’t possibly have come from her beautiful and brainy scientist mother or be related to her very precocious and clever younger brother. I quickly regress myself just thinking about how out of place and awkward she feels at her high school, where she wishes she could just fit in with the other students instead of beating them up. Like many a 13-year-old, trapped in that tricky liminal period between being a child and becoming an adult, Meg is frustrated both by things she doesn’t understand but also upon realizing that things she thought she understood may not be quite as they seem.

Her anger with things she can’t control, general impatience with the world, and lack of confidence in herself and her own intelligence all need to be overcome before she can rescue her father, the long-since disappeared physicist Mr. Murry, from The Black Thing, the evil force trying to take over the universe.  While I haven’t (yet) had to save my father from evil darkness, I have no shame in saying that even as an adult, maybe even more as an adult, I still relate to Meg and find myself cheering her on, even though I know that she has both the brains and the guts to get herself through any situation. Meg is all the more amazing considering she came to life in the early 60’s, when a girl heroine with so much moxie and with such an interest in science and math was definitely not the norm.

As with many of our favorite heroines caught in a battle between the forces of good and evil, Meg has a lot to learn about the universe and herself before ultimately becoming our geeky heroine du jour and before she can save her brother from the evil clutches of a disembodied brain and return her father safely back to planet Earth.  Throughout the story, Meg learns that people, including herself, tend to be more complex but also more capable than she ever thought possible. She learns the importance of friendship and teamwork and trusting others, including a former star that self-imploded in an attempt to fight off the darkness (Mrs. Whatsit) and a sightless, furry, four-armed creature with tentacles for hair (Aunt Beast).

While she eventually embraces her own intelligence, she also learns that her intellect has limits, and that intellect alone isn’t enough to resist the forces of evil that surround us. (Although, slight tangent here, one of my favorite scenes in the book does involve Meg, a true geek girl,  fighting off the evil pulsating brain’s mind control by reciting the periodic table and the list of irrational square roots.) In the end, Meg learns that it is her ability to love (silent tear) that is her own salvation as well as the universe’s, as love is the only thing that the evil brain doesn’t have.

While on an obviously different planetary scale, this journey of Meg’s towards self-discovery and self-acceptance has helped and continues to help me to understand my own, decades after I first met her in the pages of A Wrinkle in Time. And, guessing by the success of the book, she has served as a fictional friend and role model to many who have struggled to understand their own value and potential, who have questioned their place in the universe, and who have felt an outsider in a world that continually pushes us to conform.

In the beautiful story arc contained within this book, Meg emerges a butterfly from the cocoon of her former ordinary, 13-year-old self. She becomes courageous and confident in who she is and ready to leave her mark on the universe. If you’re in need of a heroine, I beg you not to waste your time starting your search with Soup on Wheels or Freckle Juice, because I can’t think of a better choice than Meg Murry. 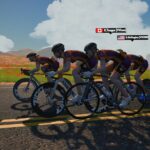