My 51-Year-Old Mother, The Gamer

I was raised a gamer, by a gamer. My dad, whose roots are strong and true from playing Dungeons & Dragons in the ‘80s, put a controller in my hands when I was barely old enough to build a comprehensive sentence (I’ve written about my youthful adoration for Zelda and its impact on my creativity numerous times before). Gaming has always been a big part of my life, even spanning into my professional career through writing fiction. Watching E3 conferences was a family affair, and we were always first in line whenever a new console dropped. Every member of my family was an active participant, except my mother, who took on a more passive role until recently. For the last 23 years, she’d watch us play everything. Cheekier titles like Mario Kart and other Nintendo classics like Zelda, more involved and darker titles like Square Enix’s Final Fantasy X, Bioshock, Skyrim—she watched us play them all.

Although she was a “backseat gamer” for the vast majority of my upbringing, she was always participating. Telling us where to go when we walked past an obvious story marker, giving suggestions on a tricky boss. She wasn’t holding the controller, directing whichever character we embodied, but because she had been there observing, taking it all in from beginning to end, she knew the ropes just as much as we did (sometimes even better).

Since moving to Washington, I’ve been able to spend more time with my family, a lot of which still revolves around playing video games since I’m actively involved in the industry. A few months back my mom finally asked, “Will you help me pick out my first game?” and I dropped everything and went to work.

She scrolled through recent copies of Game Informer, and I scouted the web for adult-friendly but easy beginnings. Eventually, she picked a title I hadn’t heard of: Atelier Firis, a continuation of a long-standing JRPG series by the studio Gust. After discovering that the launch date wasn’t for another three months, she picked up an earlier title in the series, Atelier Sophie. I may have had her start with something a little more complex, but she was sold by the bright colors, generally optimistic atmosphere, and, most importantly, the turn-based combat to help her transition from the backseat to being our designated driver.

The first few hours were … memorable. The biggest hurtle was teaching her how to move the camera while Sophie walked around. I remember the looks of disgust and frustration that she gave me when she’d hand me the controller to figure something out, and I’d immediately catch on. We spent hours upon hours figuring out the alchemy mechanics, something so complex for such a perky little game. Every bit of spare time I could muster was spent curled up in a leather chair at my parents’ house, watching Mom work her way it. At first, she didn’t turn the game on until I was planted in the chair next to her, ready and waiting to help with inevitable questions. The more time with it she spent, though, the further she progressed on her own. Before I knew it, I was greeted with a text that she’d beaten the game and was on her way to pick out something new at GameStop.

… and so my 51-year-old mother became a gamer. A housewife and mother of an only child, married to a retired military officer who’d spent the last 30 years busy at work, Mom looked to me and said, “Why didn’t I do this before?” She hadn’t been interested in playing games herself; watching, much like reading a book, seemed to be far more her speed until now. Despite her age or place in life, she thoroughly appreciates the escapism that gaming could provide. I don’t see her plugging away at Call of Duty or Battlefield anytime soon, but she’s plenty happy patrolling a little fantasy realm, picking herbs and crafting potions.

She’s already beaten her second game, for those who are interested. Tales of Berseria, continuing the trend of colorful JRPGs, was what she selected. She tells me that it was far darker than Atelier Sophie, but that she loved “button mashing” her way through fights—something that could have even been useful earlier in her marriage. She’s even started hinting at getting her own PS4 so that she doesn’t have to share with dad. At 51, she doesn’t necessarily emphasize with the young protagonists that star in her games, but she does enjoy exploring new worlds. It’s a sort of fun that makes her think a little differently, one that helps her step away from the real world and become absorbed into another. It’s also something that brought us a together for a few hours, where we were able to bond without added constraints of very real issues. It made me appreciate what she had done for so long each time she sat back and watched me do the same.

Who knows what she’ll pick out next? 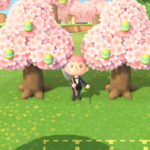