I went into Solo with zero expectations, aside from seeing a hopefully entertaining movie featuring my favorite Wookiee.

I went into Solo without having seen the trailer and without any other information about it. I’m what I would call an “average level” Star Wars fan (I’ve seen all the movies and played some of the video games, but that’s the extent of my lore knowledge), and I was pretty pleasantly surprised with the movie. 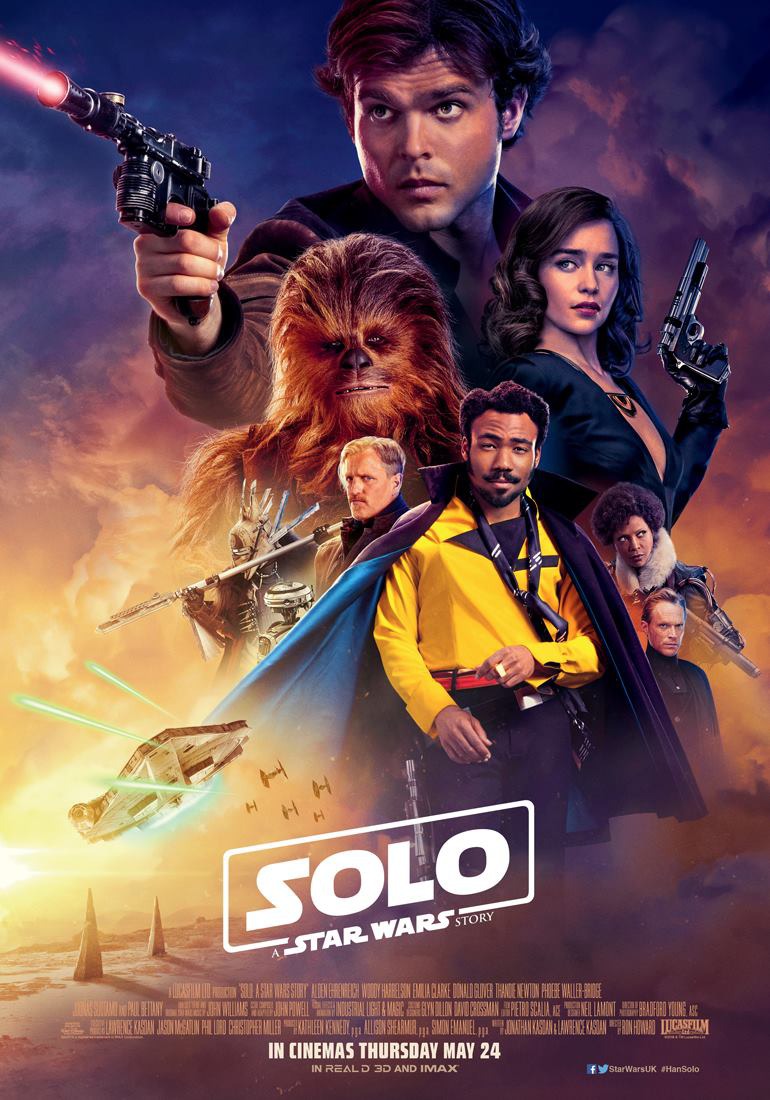 I liked Qi’ra and Beckett, but honestly was disappointed that Woody Harrelson’s character stuck around while Thandie Newton’s Val was killed off. I would have been happier to have those two actors switch roles and have a second woman in the bulk of the adventure. I mean…have you seen Newton in Westworld?

Even though the only featured PoC characters I remember were those played by Donald Glover and Thandie Newton, there were a noticeable (to me, anyway) number of PoC in various scenes. So, yay?

For a film with four named women, it still failed both the Bechdel test and the much more basic “Do these women actually act like three-dimensional humans or just male-written stereotypes?” test. The first woman was every James Bond femme fatale I thought we left behind in the 80s. The second, a PoC, killed herself as a catalyst for the mens’ storylines. 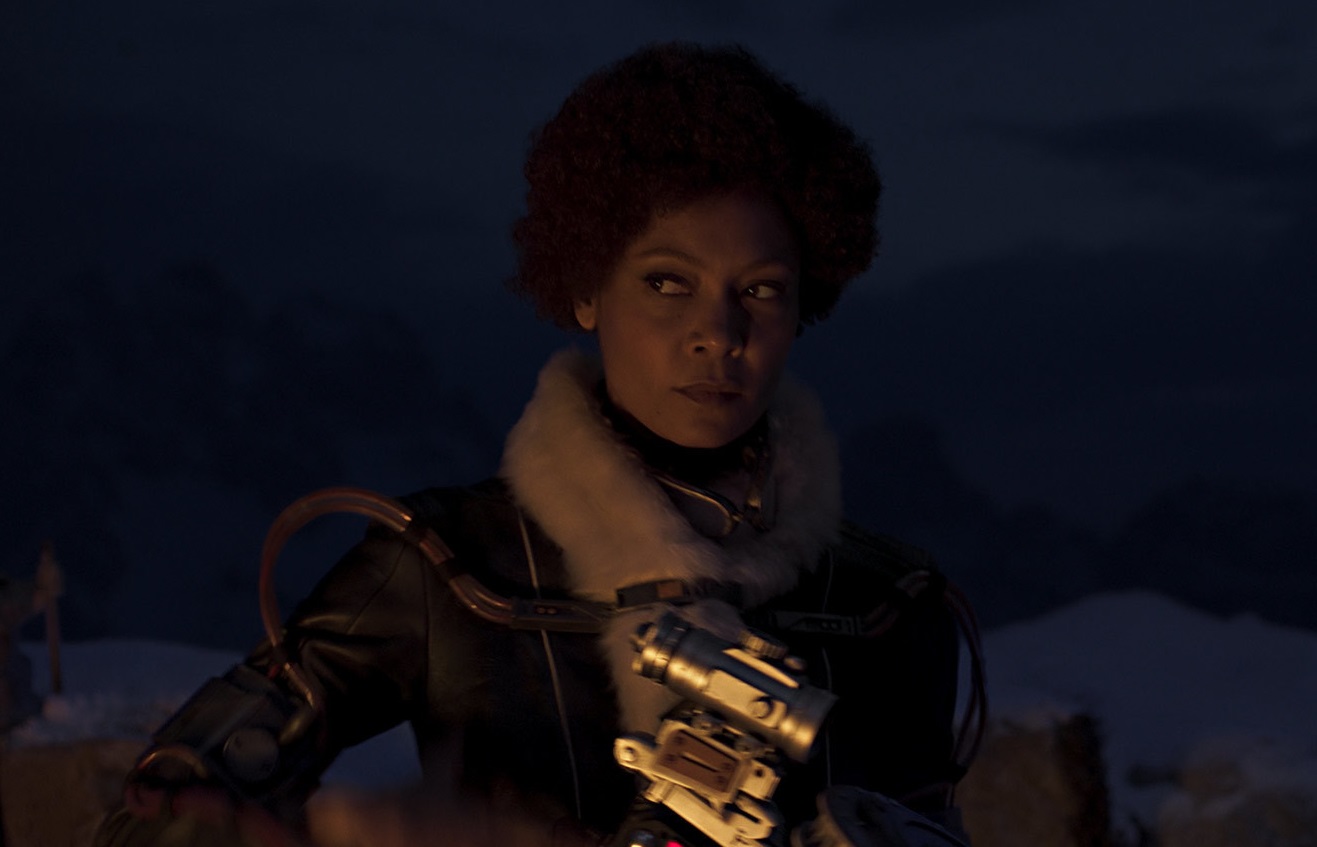 L3’s unapologetic passion for droid equality made my heart happy.

One of my favorite characters was L3, who was a droid that ultimately became part of the Falcon’s navigation system. I loved the scene with L3 and the droid liberation. I think I also get super attached to robot characters because L3’s last scene really gave me feels.

The first woman-coded droid in the Star Wars cinematic universe (to my knowledge) was used as comic relief because of her advocacy for droid rights and was “killed” and then sort of brought back in a mute, incorporeal form to save the men. She seemed to be shoehorned in when someone realized just how blatantly misogynistic the rest of the movie was. 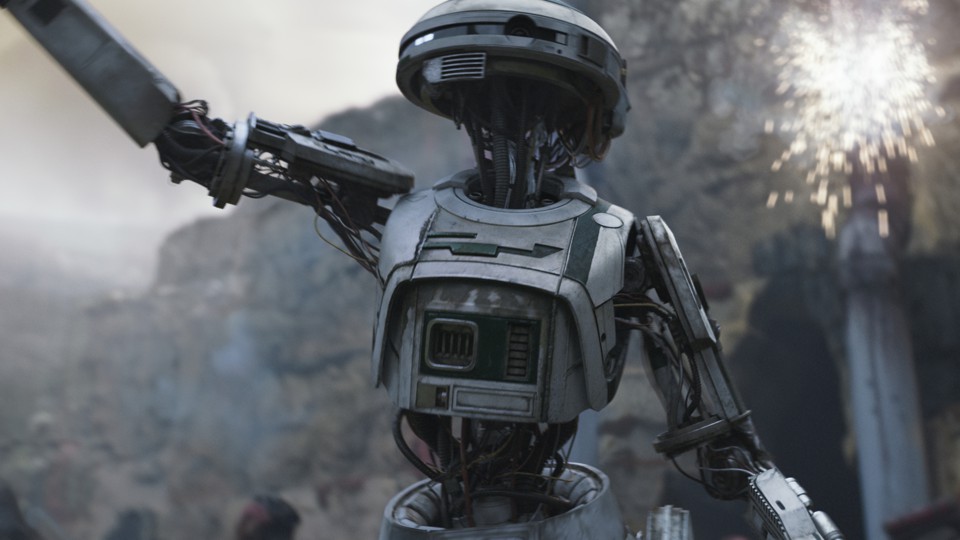 Okay I gotta say it. Omg Donald Glover. Like srsly. I think that some of his lines as Lando could have been better (pacing wise), but otherwise I really liked his presence. I want Lando’s wardrobe for reals. So many capes!!

Donald Glover was great, as always. 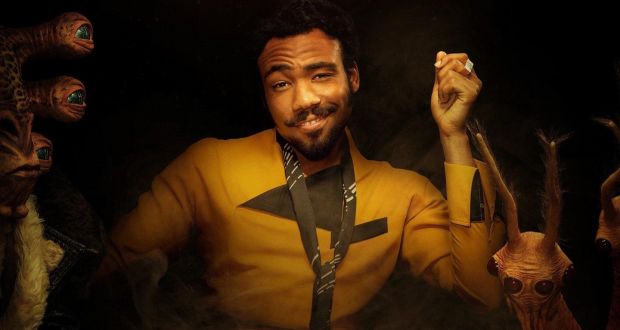 The movie was funny, entertaining and surprisingly emotional for me. I spent a nonzero amount of time holding back tears/actually crying about Han Solo’s eventual fate. Every time Han and Chewie made a joke or bonded or interacted in any way, it made me think about their eventual parting. Poor Chewie!!

There were lots of origin story feels. Like when Han met Chewie or the first time Lando was on screen or when Han first flew the Falcon. And even how he got his name! Also, I know the movie is called Solo, but it was kind of cool to see some history about the Falcon and Chewie, although why is it never explained how Han can speak Wookiee???

That scene when Enfys Nest took their mask off. That was Eowyn (in the “I am no man” scene from LotR) levels of awesomeness! I was so excited when she took her helmet off!!

[Image Description: Gif of Enfys looking at Han who then opens the holster of his gun.] Source: Giphy

My personal feelings are still muddled, as is my relationship with Star Wars in general. I love it, but sometimes I feel like I have to keep my expectations very low in order to keep loving it. But, if nothing else, this premiere and the discussions that followed are reminding me why it’s so important that communities like GeekGirlCon and beyond exist. I’m grateful to be surrounded by the kinds of people who can both adore and criticize our media, and I’m excited to know that this conversation is only going to keep going.