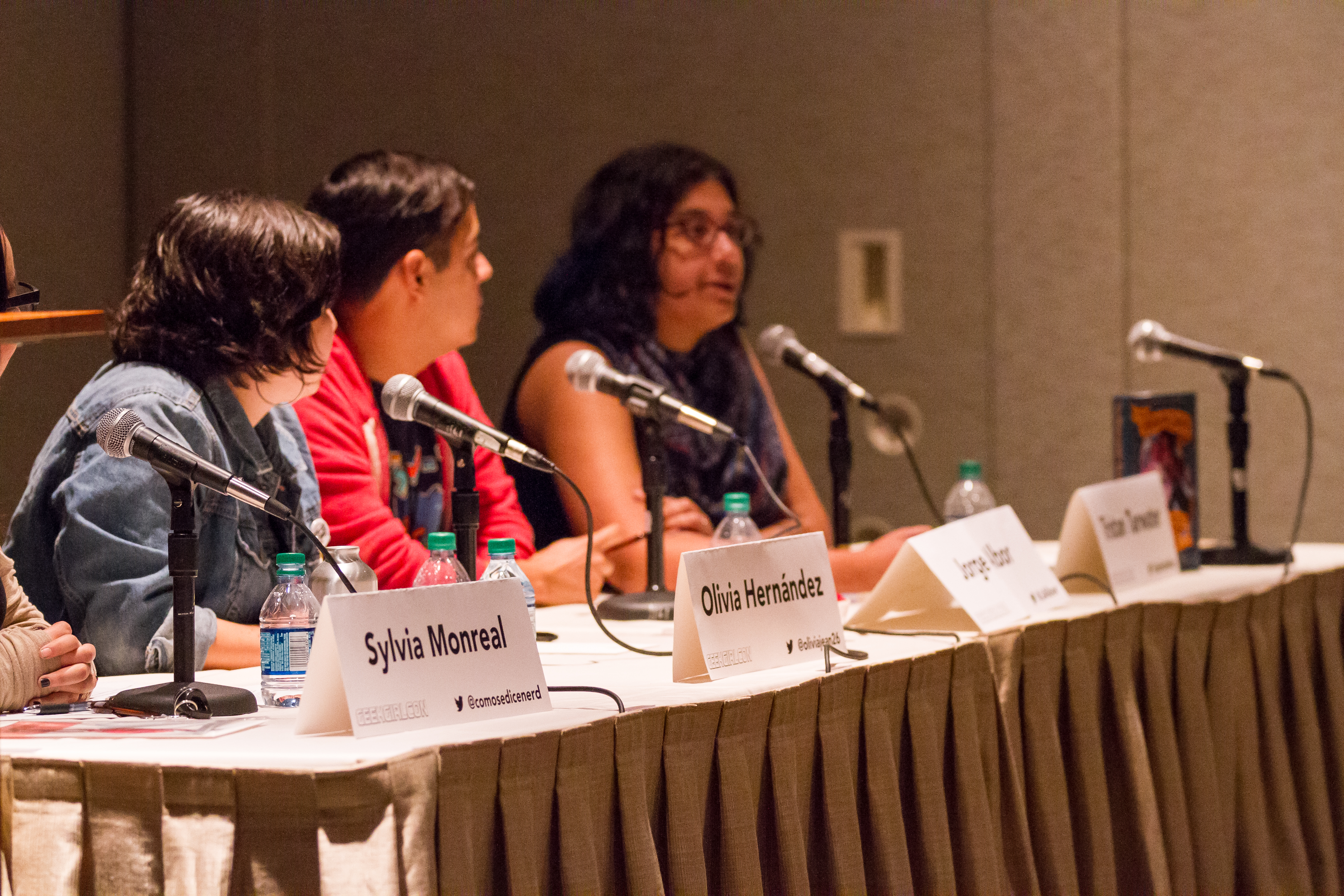 The discussion then moved to what it means, here and now, to be a Latinx nerd. For many Latinx folks, to be nerdy is to feel at odds with one’s heritage. In Olivia’s life, this tension manifests as a feeling of “between-ness,” as existing between two sometimes contradictory identities. The panel elaborated on the source of the disconnect, explaining that within many Latinx communities, nerdiness is inextricably associated with whiteness. For some, this association has led to a feeling of guilt, of having been the kid who used nerdy culture to gain privilege. To combat this toxic dynamic, the panelists suggested nerds of any marginalized background focus on the younger generation. Good and complex representation, for example, can really help young people of oppressed identities cope with trauma. There are ways to repurpose facets of nerd culture to suit the needs of disenfranchised communities, and young people have the power and desire to make that happen and deserve any and all support and resources the rest of us can give. 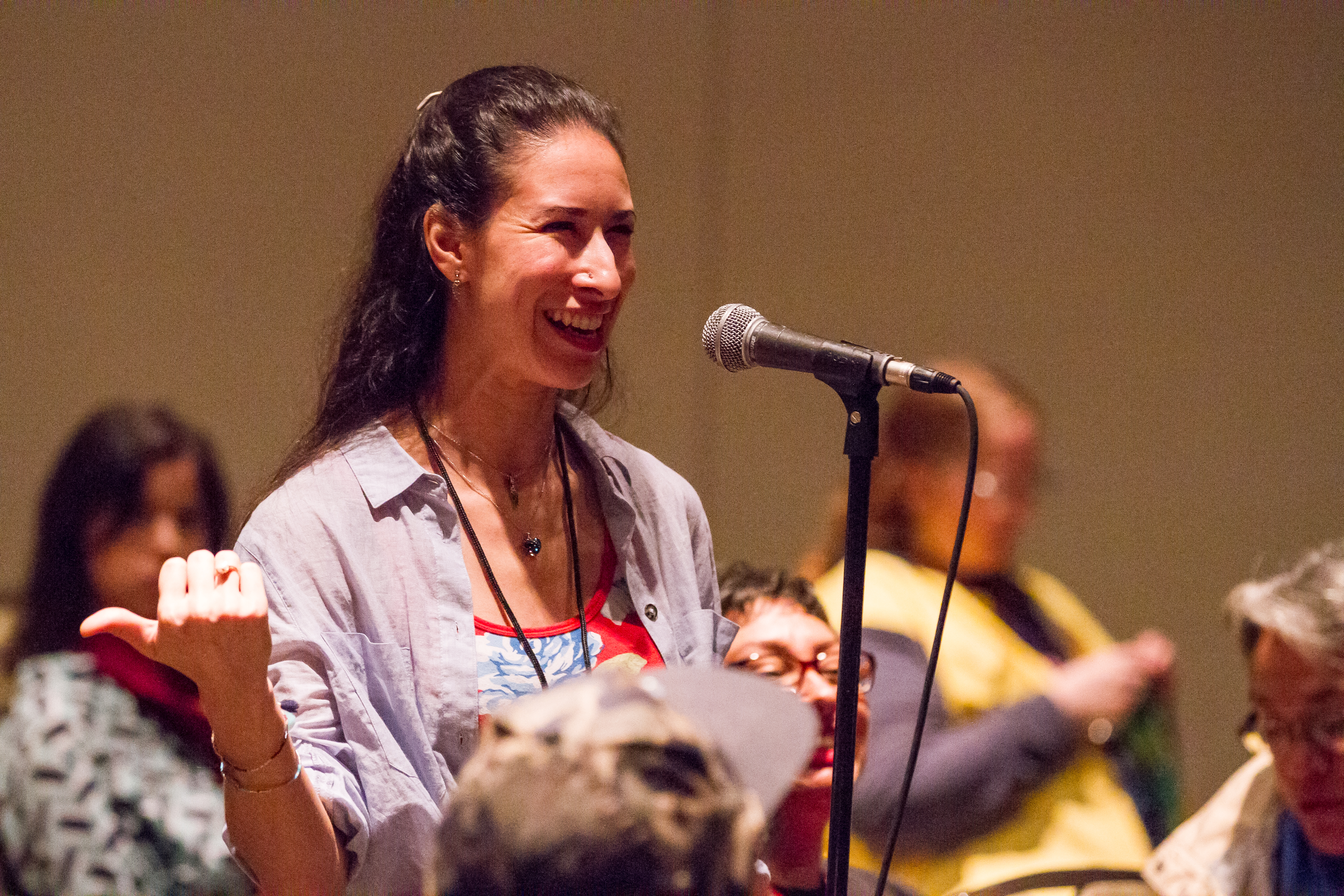 An attendee poses a question to the panel. Photo by Sayed Alamy. Source: GeekGirlCon Flickr.

At this point, the discussion turned to the responsibility Latinx creators, specifically, often feel they have to their respective communities. For example, many Latinx members of the greater geek community have begun to utilize technology to broadcast the problematic and harmful elements of nerd culture. These problematic elements include things like stereotypical or non-existent representation in popular stories. This vocalization, in turn, cultivates community among Latinx nerds. In fact, this panel itself was actually an irl manifestation of the Twitter account Latinx Nerds. 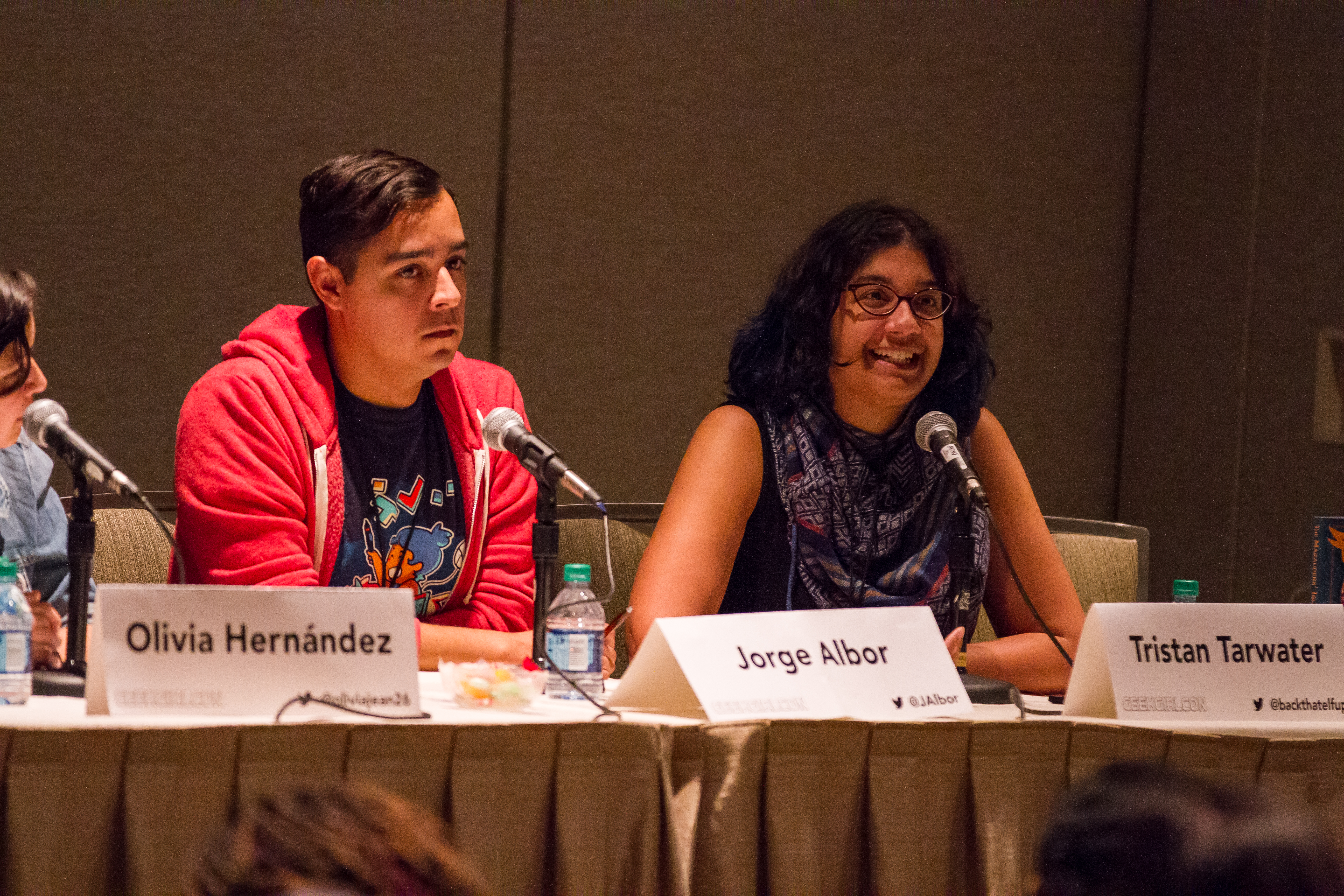 In closing, the panelists urged us to remember and work to solve the challenges the community continues to face: the tokenizing of vocal Latinx nerds, the competition that can arise between sub-groups of the community, and the hierarchies that already exist within the nerd community at large. If we are to combat these problems and change our community for the better, it’s vital that the work of groups like Latinx Nerds and GeekGirlCon is continually prioritized and re-prioritized.