Programming and Code For Low-Income Schools: It’s A Piece of Pi!

For many students across the globe coming from low-income households, trade school courses are their life, from the first day of kindergarten to their last day of high school. The skills gap remains a global problem even now. Instead, if these students were given the ability to learn more than the basics which allow them to only receive low-wage professions, they could reverse this trend and help create an economy that reflects a growing parity in no time.

Just as doctors must take the Hippocratic oath, educators are asked to take the educator’s oath. This oath says, “I promise to seek and support policies that promote quality in teaching and learning and to provide all engaged in education the opportunity to achieve excellence.” Despite this, children who come from low-income households are often neglected and the low-income schools they attend are seldom given the amenities necessary to train these children to change the world and their lives, even though studies suggest that the key to power in the workplace is education, especially for women. Therefore, when these children are provided with sub-par education, they are ultimately set up for failure from the start and not given the tools necessary to achieve their goals in life.

What is the Raspberry Pi? 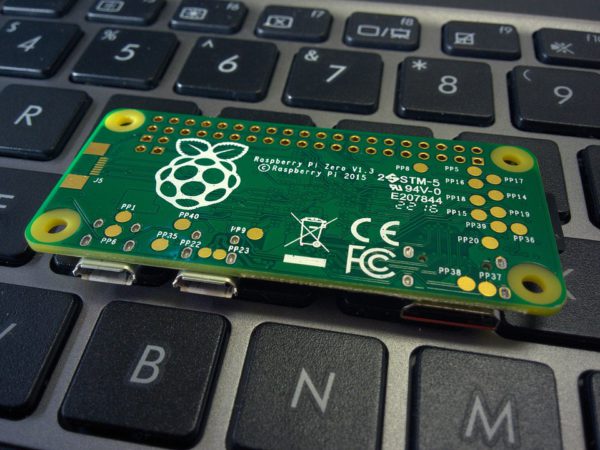 The Raspberry Pi foundation is a charitable organization dedicated to teaching the youth of the world computer technology in a cheap and effective way. Its main focus is creating new and intelligent supercomputers at a low cost for schools that are unable to afford the extremely expensive tech most computer labs require. Its founders include Eben Upton and his various colleagues from the University of Cambridge’s computer sciences department.

From its start in 2008, the foundation began to develop prototypes in order to come up with a cheap and efficient mini-computer schools could provide to students for little to no cost. The first fully functional Raspberry Pi computer was known as the Model B and was released in 2012. Since then, multiple other models have been released, including the new Raspberry Pi Zero wireless, which has an astonishing low price tag of only $10 and boasts 512 MB RAM, a 1 GHz single core CPU, and Bluetooth capability plus an 802.11n wireless LAN.

By utilizing a Raspberry Pi computer, students are able to learn multiple coding languages in order to prepare them for a future in coding. This new potential give students an alternative to dropping out of school so maybe they can make a difference in the world. On top of this, by connecting the new Raspberry Pi to a cell phone, users can even learn whenever and wherever.

Furthermore, with T-Mobile’s 4g LTE plan becoming a 5gLTE plan in the next year and their promotion of LTE-U leading to an FCC approval, the ability to wirelessly connect to these devices and have service will significantly increase, allowing thousands of low-income children to finally get the courses they deserve.

Who Is Already Utilizing This Tech In Schools? 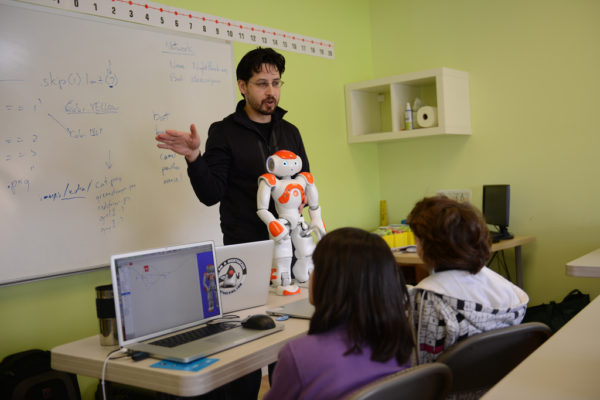 Raspberry Pi in the classroom.

Now, imagine a school in a city center: The paint is peeling on the walls, the metal school lockers are old and shabby, graffiti adorns the bathroom stalls, and, yet, amidst the bustling students and dilapidated hallways, a small group of young women find hope in a tiny computer that could be the key out of the lives they’re currently locked into and an opportunity to help their families remove themselves from the lower class for good.

In 2013, Pew Research Center’s Internet and American Life Project found that 46% of families with an annual income under $30,000 lack internet access. However, most school programs, essays, and projects require computers and the internet. Therefore, one of the big ways Raspberry Pi can be utilized is to create a simple yet effective computer for students to take to and from school in order to complete work they otherwise could not. In fact, the Pi is being used in classrooms across the globe including projects for low-income,hearing impaired youth in Mexico city, solar-powered Pi learning in South Africa, and computing education in poverty-stricken, rural India.

Raspberry Pi’s mini-computers can also be utilized to help young students learn about emerging fields, such as telemedicine and focus on engagement and collaboration. The new world of telemedicine offers plenty of jobs, but, once again, while the jobs exist, because of the skill gap epidemic, there aren’t individuals with the skills necessary to perform them. With data intrusion leading sometimes to even death, training students in data security can help telehealth with secure identification practices and ensure these incidents are a thing of the past. For example, by learning ways to transfer technology into hospice, types of assistive technology for the elderly, and even technology for patient care, students can gain knowledge so they can get available, high-paying professions in a growing industry.

On top of this, Raspberry Pi’s site itself has a massive forum dedicated solely to projects and tech for teachers to use in their classrooms. This education forum is a perfect way to begin to learn how the program can be utilized to train the future generations in order to create a base for their interest in the IT industry and coding, in particular. From there, the opportunities are endless! It’s no surprise Eben Upton and his colleagues felt that this device could very easily be the future of education, as well as the end of the skills gap.

Samantha Lee Donaldson is an MVC at Red hat and editor at Fossbytes. When she isn’t writing, she spends most of her time with her sweet rescue pug, Pugsley, and goes on hikes and does pyrography.

One response to “Programming and Code For Low-Income Schools: It’s A Piece of Pi!”