Do you have a stellar idea for a panel, or have you been working hard on developing your first tabletop game? Own a trendy DIY business, and have a great idea for a workshop? Never fear, it’s not too late to submit Programming Submissions for GeekGirlCon 2017!

Whether you and a small group are geared up with an idea for a panel, or you are an individual interested in being a panelist or moderator, we’re looking for mission-aligned panel ideas for #GGC17. We’re also accepting applications for performance and event submissions (such as musical performances, variety and game shows, and networking events), workshop submissions, and tabletop game host submissions. 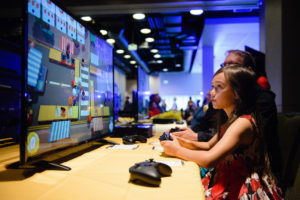 Questions? Feel free to reach out to our team at programming@geekgirlcon.com.