Review: The Gentlemen’s Guide to Vice and Virtue is the Victorian Romance You Didn’t Know You Needed 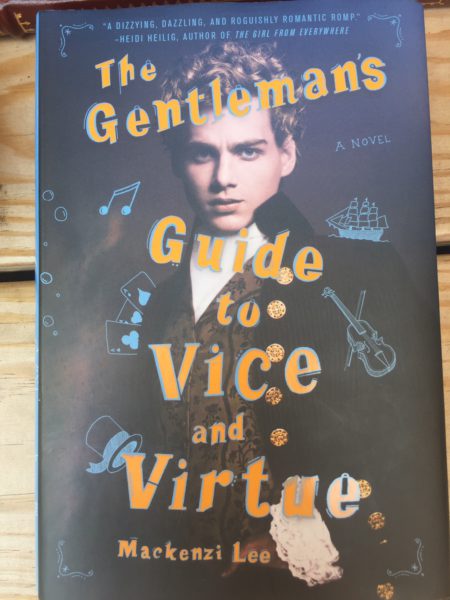 The Gentlemen’s Guide to Vice and Virtue by Mackenzi Lee beautifully illustrates a twist to the historical friends-to-lovers romance. Our protagonist, Henry “Monty” Montague, is a roguish and charming, high-society English lad who is deeply in love with his best friend, Percy—whose gentle nature serves as a fantastic catalyst to Monty’s bravado. Monty’s stern sister, Felicity, also reluctantly tags along on their grand tour of Europe, and uses her book smarts and savage one-liners to survive everything from parties to pirates. Although Monty is thoughtless and selfish, it’s impossible not to love him. His voice and perspective are perfect for fans of British humor—dry and sarcastic but still ridiculously entertaining.

I fully expected Mackenzi Lee to shy away from the topics of homophobia, racism, ableism, and sexism—because how could a romantic relationship between two men in the 18th century ever end well? Instead, she faces these issues head-on and with no apology. The trio (Monty, Percy, and Felicity) is met with a lot of hate, as well as outer and internal prejudices, sometimes even within their own little group. But through their adventures, they learn to see each other’s unique privileges and struggles. Their emotions and pasts are stripped bare and they’re brought to their knees, but they get up stronger and keep on going. Monty’s character growth is especially inspiring.

Monty isn’t simply an endearing guy who gets into trouble all the time; there’s actually a lot more depth to his character that I thoroughly enjoyed—most of which is brought out by Percy. Although Percy’s behavior is (way) more socially accepted, around Monty, he relaxes and makes crass jokes, to Monty’s (and my) great appreciation. Percy would have more of a knack for aristocratic life than Monty, had he been accepted. Percy’s race keeps him on the outskirts of all his social circles, and he doesn’t have the luxury of causing scandal, a fact Monty is seemingly unaware of. Monty is a high-society bisexual man in Victorian England, so he’s not without his struggles—but his own thoughtlessness makes him ignorant of the issues of race in regards to Percy, and gender, in regard to Felicity. Lee cleverly illustrates that Monty’s only blind to his loved one’s unique struggles because of his own privilege. Their chemistry and banter kept me “abso-bloody-lutely” swooning throughout the entire book. 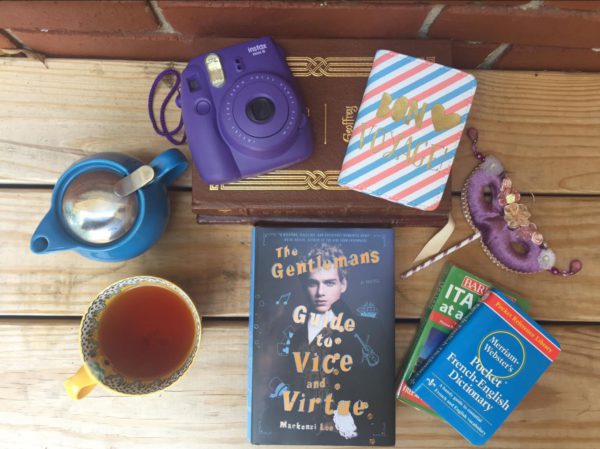 Lee takes us on a tour of Europe from England, to France, to Spain, to the treacherous seas, and eventually to Italy. What was meant to be a luxurious, rambunctious last hurrah, turns into a harrowing journey with dangerous twists and turns. The trio’s tested personal strengths and relationships create natural character development.

If you’re looking for a historical fiction YA steeped in facts and trivia, this probably isn’t the right book for you; the historical aspects mostly focus on the relationships and social dynamics of Europe at the time. I love the way the trio’s history and personal secrets slowly unfurl and bring understanding for some of their actions and choices. The story begins at a fast pace and slows down at various times, but there was never a moment where I was so bored that my eyes began to glaze over. (This was partly due to the characters’ humor keeping me endlessly entertained.)

My one criticism: Monty’s sister didn’t seem to be much of a contribution to the plot other than to showcase the plight of a smart, ambitious, independent woman living in a world that won’t let her achieve her dreams. While I enjoyed her character (she’s reminiscent of my girl Hermione), I do wish she would have been given a larger purpose.

The Gentlemen’s Guide to Vice and Virtue is an adventurous, witty, ground-breaking romance, with lovable characters and a touch of magic that keeps you on your toes.

Marissa is a grad school student, writer, and feminist who’s surviving Arkansas in our current political climate. She gets through it with her two fluffy cats and her Hufflepuff tendencies.