One Featured Contributor I’m especially excited to see in action this year is SassyBlack. SassyBlack is a Seattle-based artist who creates dreamy music that’s richly inspired by the traditions of sci-fi and Afrofuturism. She’ll be performing at GeekGirlCon ‘19 (at 7 p.m. on Saturday and 4 p.m. on Sunday! Check out the whole programming schedule here!) and we couldn’t be luckier or more excited to have her. Read on to learn about her longtime love of Star Trek and newest album, Ancient Mahogany Gold.

Where can folks find you online?

Where are you from?

I was born in San Francisco, raised in Hawaii and Seattle. Seattle is definitely my home!

What are your favorite communities to be a part of?

I really like being a part of the music community and music tech communities. Producing music in Ableton and composing on my synths bring me a ton of joy. I’d like to get more involved in the Marvel & Star Trek communities, but I get a little nervous about my knowledge base around all of that and sometimes that can prevent me from getting deeply involved in any of those communities. On the flip side, my family is a good source of community for all that type of conversation. 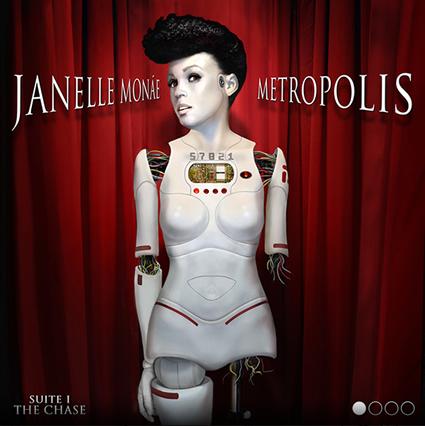 “It is about elevation. It’s taking what you are and becoming something else. It’s being a butterfly.”

–David Brothers of 4thletter.net, on Afrofuturism

It might seem odd at first to use Black History Month to highlight something called Afrofuturism–I mean, future is right there in the name–but sci-fi and fantasy have long been a way of exploring historical and current social dynamics, and Afrofuturism is no exception. Many people writing on the subject have observed that the movement is at least in part a response by a people who have had vast swaths of their history stripped from them–which is certainly the case for African Americans who are descended from slaves, though Afrofuturism as a movement encompasses much more of the African diaspora than just African Americans.

Afrofuturism spans many genres and media. It’s better described as a cultural aesthetic than as a specific genre, in which an Afrocentric vision is applied to works of science fiction, fantasy, historical fiction, and magical realism. In addition to Afrofuturist novels and art, there is a long tradition of Afrofuturism in music. Best of all, many of its most noted pioneers are women.