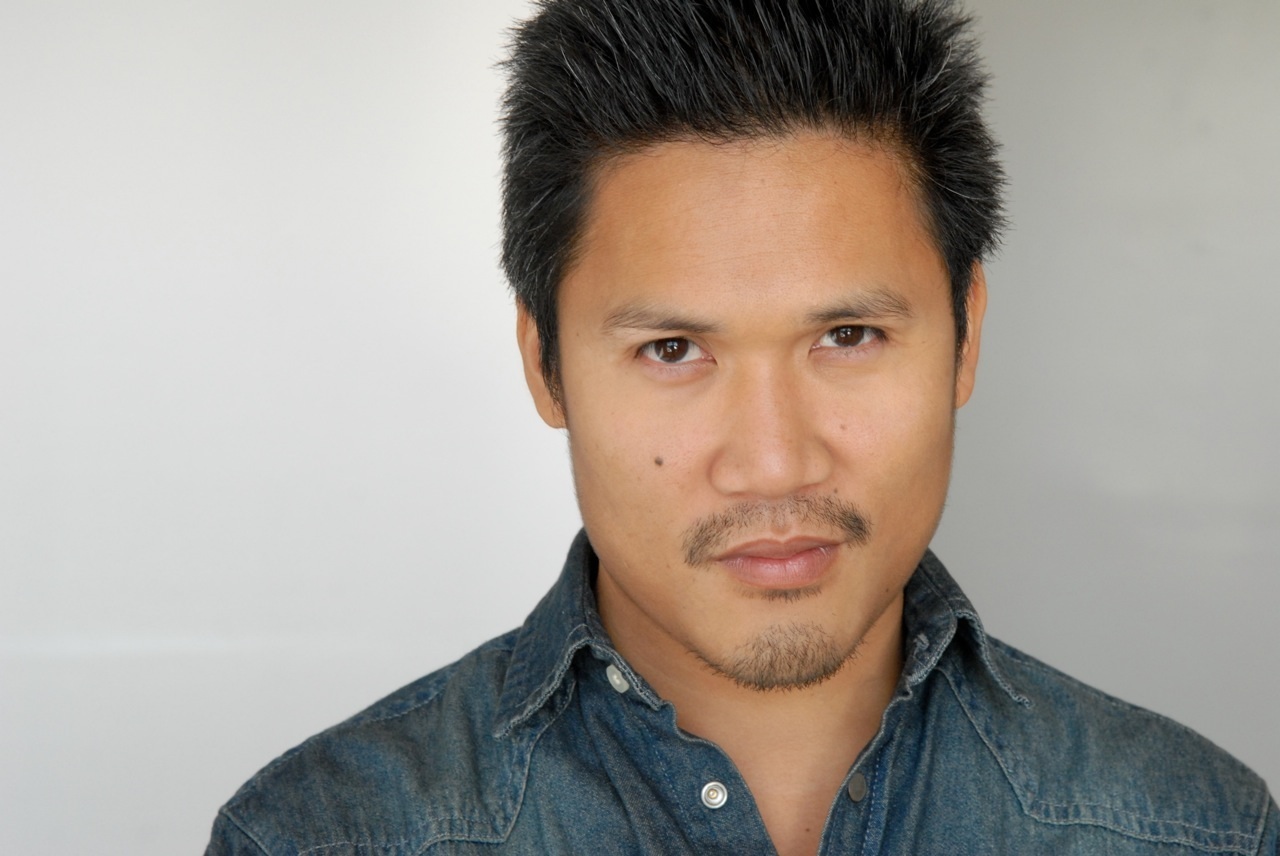 In more amazing news, Dante Basco will be making an appearance during our fifth weekend of GeekGirlCONLINE. Stay tuned for details coming next week, and in the meantime, follow us on Twitch to catch our live GAMING content this weekend.

Ask GeekGirlCon: What is your favorite television show?

While the regular season may have completed and off-season running, I thought it was the perfect time to ask my fellow GeekGirlCon staffers what their favorite current television show is. I added the stipulation that “current” required the series to be airing episodes currently or, even if there was a recent season finale, it is renewed for upcoming episodes.

For me, I wish I could say I was on the bandwagon from the start, but I wasn’t. When the previews for a new show called Orphan Black came up during the Doctor Who commercials, I was intrigued. But I didn’t start watching it. I don’t know why. I should have. It took until just before season 2 of Orphan Black and all sorts of people recommending it to me and hearing it recommended to others before I managed to binge-watch season 1. Unfortunately, it took me several weeks to binge-watch season 1 so then it was already episode 4 of season 2, and I had to catch up to! But I am loving it!

Tatiana Maslany is fantastic! I completely buy her several separate characters and it is often only in profile where you are reminded that it is the same person. The premise is mostly something I can buy into. Sometimes I have troubles when science is used as a basis for shows because as a scientist, I too easily poke the holes and am removed from the suspension of disbelief. I haven’t had too much trouble with Orphan Black, just here and there.

I’ve been gobbling up things like videos on how they do same frame same person and even clone touching clone, as well as articles on this show! I can’t say which is my favorite character, I love each one in a different way – Helena’s oddity and alienness and suffering, Alison’s quirks and holding it together and not holding it together, Cosima’s touching storyline and keeping her enemies close, Sarah’s trying to make the right decisions and somehow ending up worse and worse, Mrs. S’s developing narrative, Kira is soooo cute and has great chemistry with those she acts, or well, the list could go on. It is a special treat when one clone must impersonate another clone. I really enjoy how fast-paced this show is. The writers don’t seem to be in fear of over-reaching their arc and giving away too much and having nothing left to give, as opposed to so many shows that hint at an arc but feel like they don’t move forward forever. In any case, now that I’m caught up, I can’t wait until next week’s episode!

GeekGirlConnections Manager, Susie Rantz, offered, “I am loving “The Bletchley Circle,” which follows four women who used to work as code-breakers during World War II. The women reunite years later to solve other crimes and mysteries. The writing, production, and acting provide a good look at the roles and struggles of women of the period, while the murder-mystery pacing of the show keeps it incredibly exciting!” 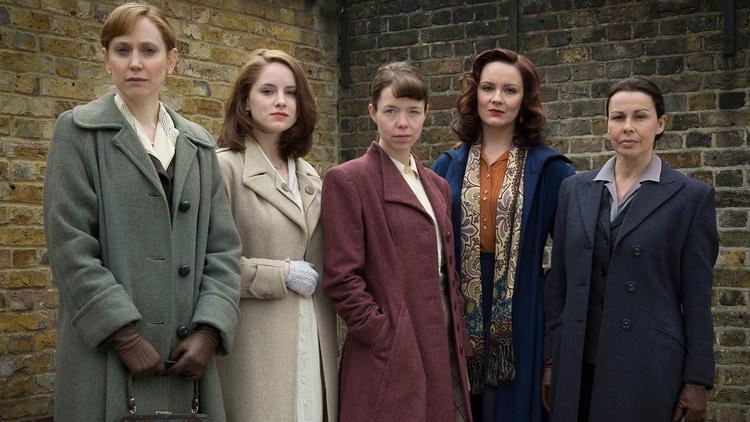 Season 2 of The Bletchley Circle from PBS.

Social Media Manager and President of the Board, Kristine Hassell supplied, “I eagerly await the return of Legend of Korra (LoK) by Bryan Konietzko and Michael Dante DiMartino. LoK was created as a sequel to their series Avatar: The Last Airbender (A:tLA) which if you haven’t seen, you really should! You don’t have to watch A:tLA to enjoy LoK but there are a lot of treats for fans of the original show. A:tLA poster from The Inquisitive Loon.

Quick tangent to explain why: A:tLA is one of the most inclusive American television series I have ever seen. There were delicious action sequences, witty dialogue, emotional moments (no really, there were tears), and at times, social commentary that I didn’t expect to see from a kids’ show. The cast was filled with people of color and respectfully set in a fantasy amalgam of Asian-inspired countries. I got to see characters that resonated with me as an Asian-American and that was amazing. Story. End of. When the news broke that there would be a sequel with a female Avatar, AND she was a POC with a healthy physique, i.e., actually looked like she could kick some ass? Yeah, I was beside myself with excitement to meet her! Korra is strong without losing her femininity, headstrong, emotional, flawed… she’s just a great character to watch succeed and make mistakes. And like with A:tLA, you grow to love Korra’s crew like you came to enjoy Aang’s circle of friends. There were new characters, new settings, and new animal mash-ups! Half-way through the series, I want to learn more about the characters that have been introduced and about what happened to the characters from A:tLA. The third book (season) will air some time this summer. The episodes are nearly finished so we might see more Korra as early as June! There will be a total of four books in the Korra story-line and it remains to be seen if overall it will be as solid as A:tLA. Regardless of that, LoK has not disappointed me thus far and I am excited to see how the creators complete her story! Some of the main characters from LoK. Image from Collider.

​Gaming Event Coordinator, Andy Munich, provided, “My least favorite ongoing genre show had become The Walking Dead, which I almost gave up on last season. However, with an emphasis on group cohesion, small sprinkles of warmth amongst the bleakness and (most importantly) the show’s willingness to increase and embrace the people of color in the cast, I’m back on board. I’m actually looking forward to it more than I have since it premiered.” 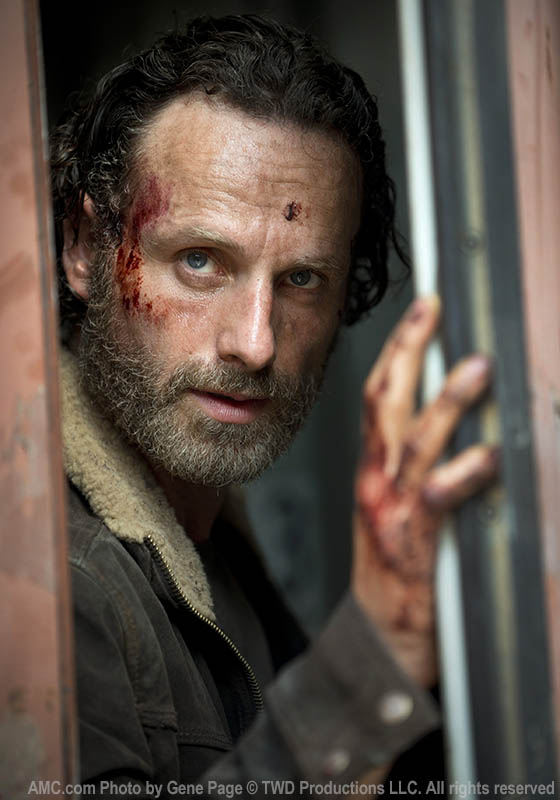 First image from season 5 of The Walking Dead on AMC.

Copywriter Sarah “SG-1” Grant, shares my favorite as well. “My favorite current TV show is Orphan Black on BBC America. It’s about a group of clones who have found out about each other’s existence, and their fight to find out where they came from. Tatiana Maslany plays all of the clones, and her range is amazing; the evidence is clear when clones have scenes together, and each clone has very different personalities, mannerisms, and expressions. The supporting cast is amazing as well, the most recognizable being Matt Frewer (of Eureka and Max Headroom fame) who plays the head of the evil (??) science corporation. He does an amazing job of being in charge and evil, while showing that he cares about what happens to each of these clones.” What’s your favorite show that is currently on television?

Written by Adrienne Roehrich, Manager of Editorial Services and Vice President of the Board