I didn’t know I could be so excited for New Pokémon Snap to come out until Becca posted about replaying the original Pokémon Snap from 22 years ago. Her post immediately transported me to my childhood TV room, trying to capture all 63 featured Pokémon on film. Would the New Pokémon Snap scratch the nostalgia itch and be worth the full price? Would I still get excited about taking pictures of Pokémon I didn’t know? I found out soon after I started playing—the answer is YES!

Here are three little ways New Pokémon Snap captured my heart, and one way it did not: 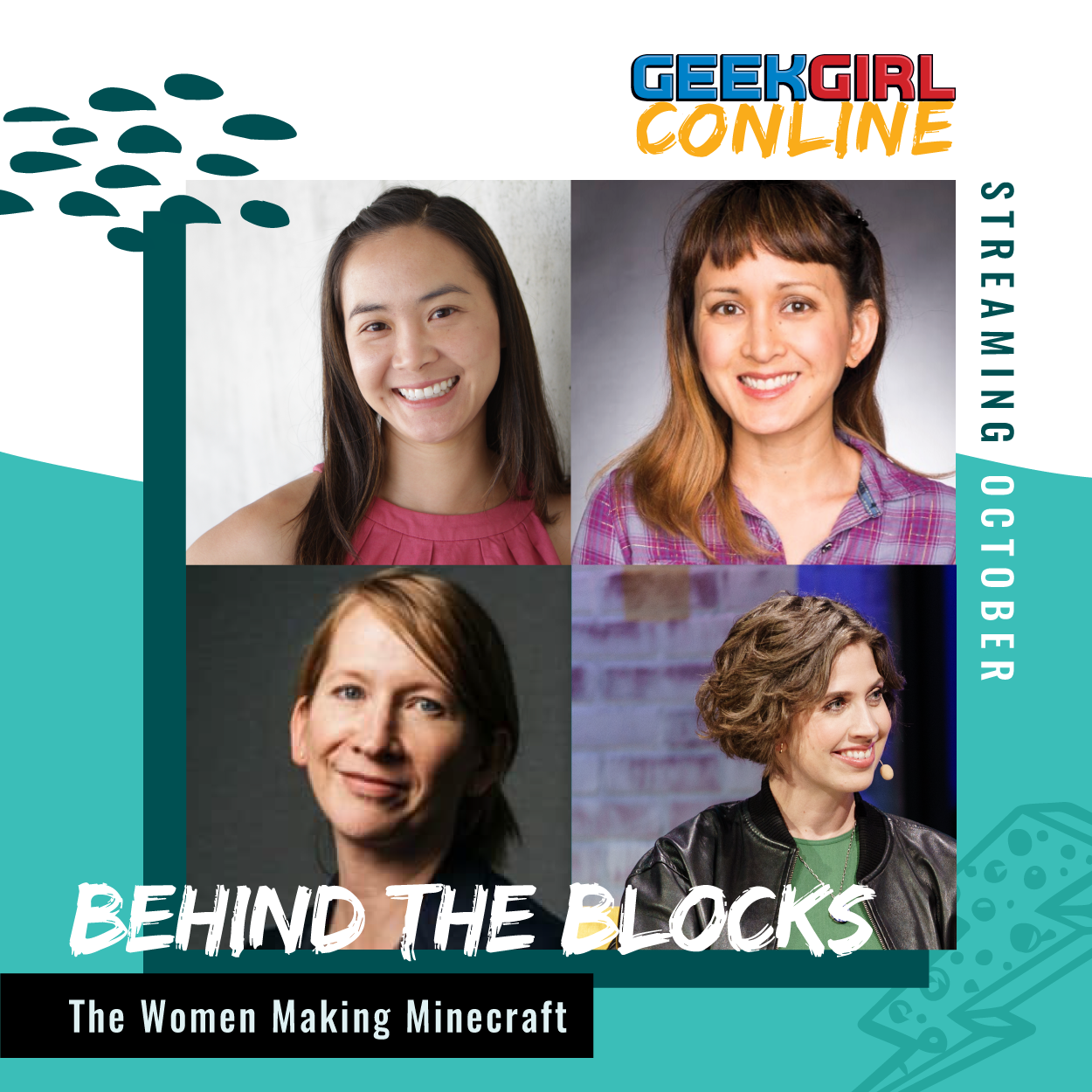 WEARING ALL THE HATS: Adventures in Gaming and Tech with the Women of Valve

Join a panel of women from Valve sharing their experiences wearing all of the hats as they contribute to games, Steam, and VR, discussing topics ranging from mechanical keyboards, wildlife tracking, imposter syndrome, confidence, humility, design, and playtesting.

Behind the Blocks: The Women Making Minecraft w/ Helen Chiang

Meet the women making Minecraft: Head of Studio Helen Chiang, Chief Storyteller Lydia Winters, Minecraft Creator GM Deanna Hearn, and Executive Producer Anita Sujarit as they discuss being a leader inside one of the most popular gaming franchises in the world, Minecrafting for good, career tips for industry pros and newcomers, and what excites them as they look to the future of gaming. 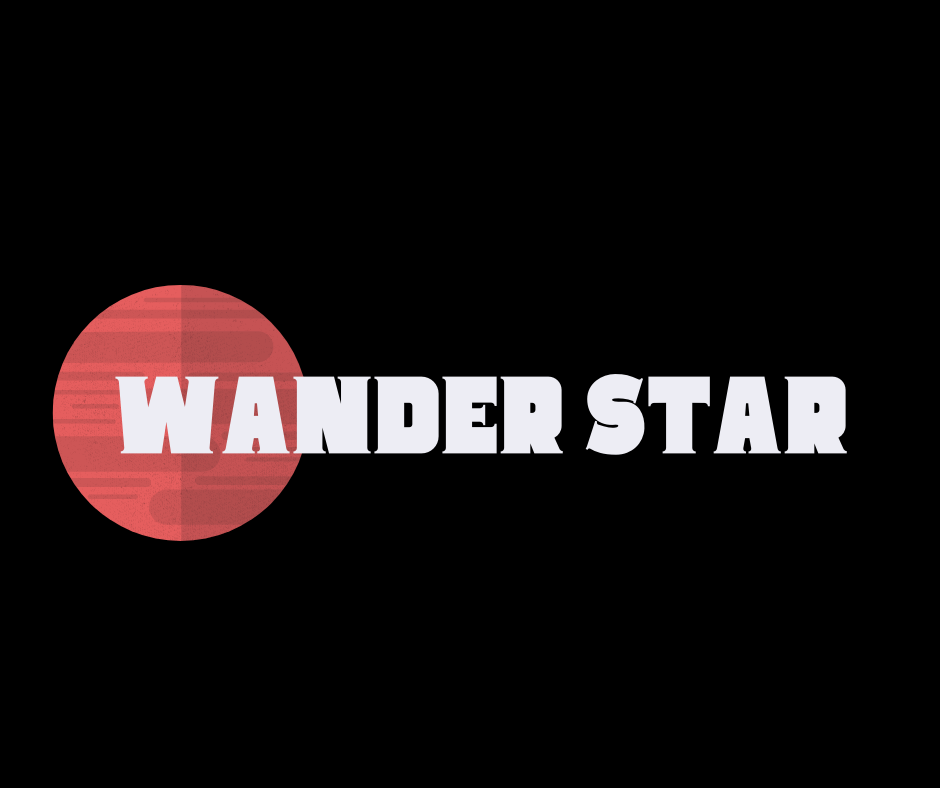 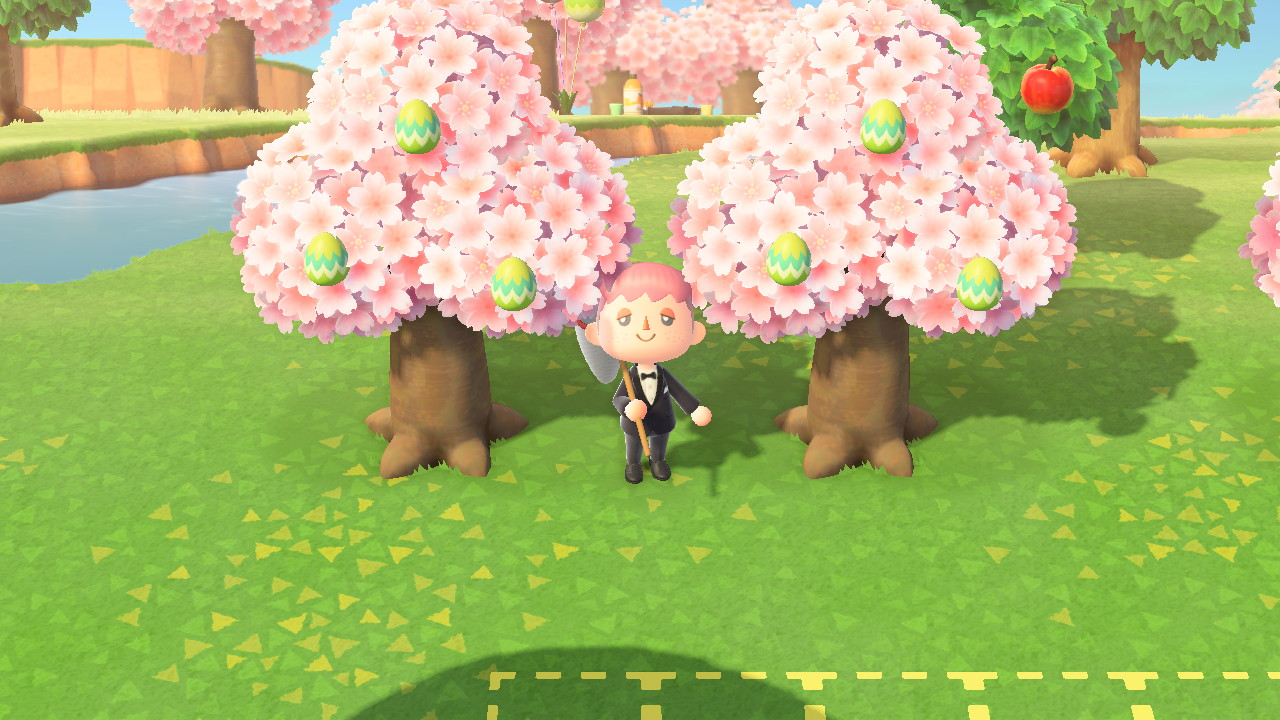 I’m more neutral about Animal Crossing’s Bunny Day event than a lot of other people. And from a game perspective, I understand why Nintendo made the eggs so ubiquitous. This is a children’s game, and if you were a kid who actually wanted to find recipes for and make all the egg items, you’d want the materials readily available. Plus, learning some of the recipes is contingent on how many eggs you’ve found; so, it makes sense to make quickly finding a lot of eggs easier.

All that said, the event has some major issues, which have been meme’d nonstop pretty much since the event began. And since the Bunny Day event is overlapping with the Cherry Blossom event, I feel it’s apt to compare the two and to answer why one (Cherry Blossom) is so much more popular than the other (Bunny Day).

You may have heard that our gaming floor is powering up for the 2019 convention (…and if not, take a look at all the new things you can expect!) From tabletop to console, we’ve got you covered—but there are even more opportunities to engage with what you love. From passionate industry veterans to adoring fans, GeekGirlCon is hosting a variety of gaming-centric panels and presentations this year. Whether you’re an aspiring dev looking for a little inspiration, interested in DMing, or curious to find your next favorite title, there’s bound to be something for everyone.

Here are a few panels that our gamers and geeks can look forward to at #GGC19:

Grab Your Tea and Slippers: Why Cozy Games are the Next Big Thing
The idea of playing wholesome games has become more prominent and normalized. From Animal Crossing to Calico, games are allowing players to take a break and enjoy a calmer side of life—while also providing more opportunities for inclusivity! Let’s get comfy and discuss why these cozy games are an upcoming force in the industry, our favorites, and why we shouldn’t hide the fact we want peaceful titles to enjoy!

The Game Floor Powers Up at GeekGirlCon 2019

For those of you who love to play all kinds of games when attending a Con, I have some great news for you! This year the game floor at GeekGirlCon will be expanding! We will be featuring both video games and tabletop games on the third floor of the convention center.

Embracing My Femininity as a Gamer with Love Nikki

I’ve been a pretty avid gamer for a long time—I mean, heck, writing for games is what I chose to do with my life. However, had you told me that I was going to advocate for a dress-up game a little over a year ago, I would have laughed. Hard. But, here we are.

This week is my one-year anniversary playing Love Nikki, a shamelessly feminine dress-up game. You may have seen some horribly inaccurate advertisements over the last year or so posing the game as a girly, quirky dating simulator, but, I swear, don’t let those sway you. The narrative is young, but has quite a bit of depth packed into an app—there’s character death! In a FASHION GAME! I dig it.

The primary mechanic and purpose of LN  to utilize your wardrobe to “battle” against other players and NPCs in styling contests. Each article of clothing or accessory has a specific attribute that gives you more points. Some of these attributes are as standard as preppy, rock, or bohemian, while other attributes are more unique, paying homage to various eras of Chinese clothing (a nod to the game’s origin). There are also Associations, which are much like guilds or clans in other popular MMOs. Association members work together to complete unique suits and other hands-on activities. Overall, it’s actually very engaging, and at , it gives you a short checklist of things to do while drinking your morning coffee.

It’s a great deal of fun and pleasantly progressive—but that’s not all it fulfills for me. LN goes beyond just being a fun game.

I started playing LN back in April. This was a really hard period of time. I’d just started seeing the cracks in my relationship,  was coping with some frustrating career progression, and was about to step into a fit of depression that would carry me well into the fall. Late one night while I was fighting off a bout of insomnia, I was watching a video by Sharla in Japan that was sponsored by the developers and showcased the game. The art was cute, and I’m pretty easy to hook with a good aesthetic, but I was in a gnarly funk, and it seemed like it would be a far better distraction than just passively watching a random video online. So I downloaded it and gave the game a go.

Our Saturday Recap: Panels, Cosplay, and Merch! Oh My! 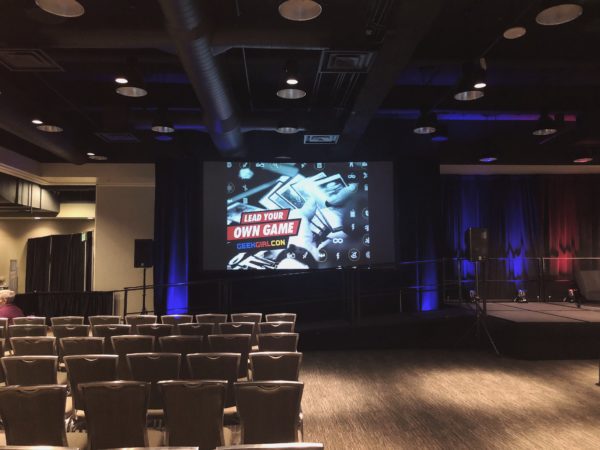 The first day of con has come and gone, and there are plenty of feels to go around.

Each year, my team covers various panels and events to write about for the GeekGirlCon blog—a truly daunting task, of course. This year we each wanted to write a short blurb about our experiences during the weekend of con to share with all of you: what panels we attended, our favorite exhibitors, and a little bit about what’s happening behind-the-scenes (you know, those important anecdotes about naps in the staff room and dad jokes that only we find funny).

#GGC18 may go down as one of our favorites yet, and we hope you’re having just as much fun as we are thus far!

From GeekGirlCon Manager of Editorial, Indigo Boock (me!)

Saturday morning started off with a pot of coffee delivered right to my hotel room door at 6:15 sharp. Oh, I could write ballads to that coffee, but no amount of caffeine would stand a chance to the hectic excitement that awaited me on the convention floor.

Appropriately, I started off my day at a panel that meant a lot to me and my relationship with gaming: 25 Years of Myst Fandom.

Back when I learned that Cyan would be joining us for GeekGirlCon 2018, I was floored. I immediately called my dad and geeked out over the news, and without a doubt I was primed and ready for the panel at 11:30 this morning. A conversation between Myst co-creator Rand Miller and super fans Melinda Rose and Eleri Hamilton, the panelists discussed the game and the truly unique community that has tirelessly slaved over its lore throughout the years. Though I have far less street cred than both Melinda and Eleri, Myst has a sneaky way of integrating itself into pivotal parts of my life, and that now includes my time working with GeekGirlCon. 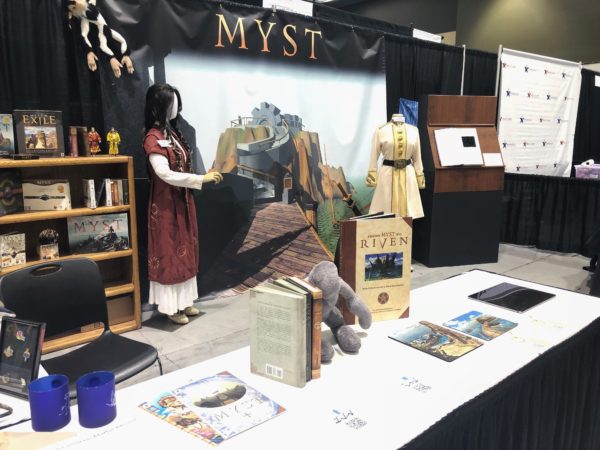 During a little bit of down time, I finally had a chance to walk around the exhibitor hall—and I am genuinely shocked that my wallet is still in once piece (though it’s definitely not happy with me). I passed some familiar faces, added a few more t-shirts to my ever growing collection, and connected with an artist I hadn’t heard of before but whose work I instantly adored. Susana’s (@S2HEARTBunny) style meshed perfectly with my aesthetic: very pink and a little eerie.  She even told me about a smaller, local event that she’s organizing in the coming months, illustrafest!

The exhibitors truly outdid themselves this year. I’m proud that I displayed at least a little self control and didn’t just buy everything for myself. 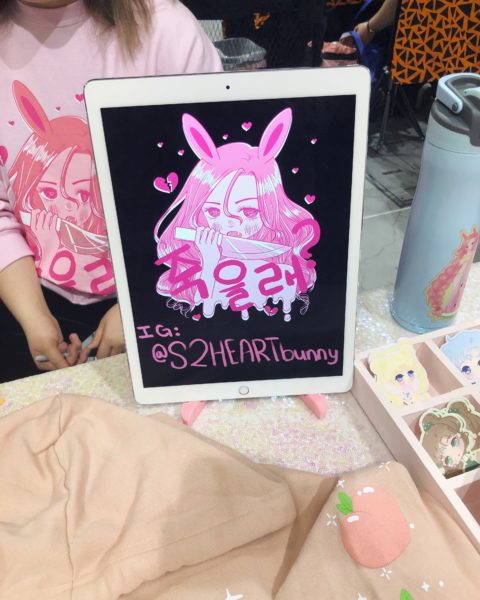 This year I was also joined by my mom, who periodically reported which panels she was excited about and the new friends that she was making. She really reminded me why I love this community, and also made me question my own genetics and introverted tendencies when she walked by with her newfound con-posse. My mom, who I’ve written about on the blog before, is still a little newer to the geeky side of life and definitely fresh to the convention scene. Initially a display of support for my work with the organization, her own interests have taken off and she’s really learned to open up and savor the experience. A geek in training yet, she’s proud so say that she has learned a lot and excited to keep going.

When your parental unit knows you so well that they buy you the same shirt you bought yourself. #GGC18 pic.twitter.com/W9NH4yNIDX

The rest of my day was spent tucked away in various panels and stowed up writing in the staff room—definitely not gorging on donuts whilst whining about how sore my feet were thanks to my ill fated decision to wear high heeled boots. I fawned over the women of Dungeons & Dragons, who have been working on the franchise since I was in grade school, and the lovely team behind Magic: The Gathering Arena. I also stopped by the Women in Horror panel for a few good laughs (and some much needed profanity). All in all, it was an great day.

….and here’s to a second that’s just as amazing as the first!