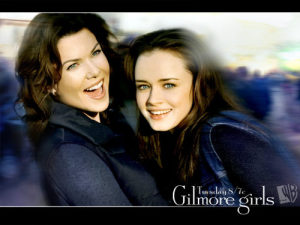 The internet went crazy the moment it was announced that Gilmore Girls was coming to Netflix on October 1st. It was with good reason, since this witty show had millions of people laughing and crying along with the Gilmore family and friends for seven whole seasons (2000-2007). After an extra seven years of yearning, the time has come to reassess the awesomeness of the nerdy women of Stars Hollow.