E3 Press Conferences Show (Some) Diversity in Gaming (Sort Of)

It’s E3 week! The Electronic Entertainment Expo–or E3 for short–is one of the biggest events on the gaming calendar, with developers and publishers showing their latest and greatest upcoming releases. As a huge gaming nerd, I’ve been following it pretty closely, so I’m going to share my thoughts with you.

Obviously there’s a lot of gaming content, and I’m not going have time to go into all of the games that were announced. That said, there have been a couple of common threads:

More generally, there has been recent moves to improve diversity and representation in games and the games industry, and I was also looking out for ways that that was demonstrated at E3. While I felt like there was increased representation in the games that were shown, the overwhelming majority of presenters at the conferences were still white men.

Note: for the purposes of gathering this data, I included Joseph Gordon-Levitt and Elijah Wood in the Ubisoft presentation, and did not include the two translators for the Nintendo treehouse presentation (both were men).

Of the 77 presenters, there were a total of zero women of color. Everyone also presented as able-bodied.

What this tells me is that–where the presenters are ostensibly representative of a particular game’s leadership–the leaders of the largest game publishers, gaming consoles, and game titles are still overwhelming white and male. Of course, for each title there are only a very limited number of presenters that have to represent the studio, but those are commonly the studio or project leaders. I also don’t believe that any presenter or company was doing this intentionally or maliciously. But (to quote a recent speaker at a disability and gaming bootcamp), if you do not intentionally, deliberately, proactively include, you will unintentionally exclude. I think that’s what happened here. Despite its recent moves for diversity and inclusion, the people who determine the future and direction in which the industry moves are still homogenous.

Having said that, the games themselves seemed to show a openness to including players from underrepresented groups, with much clearer steps towards diversity and inclusion. I’m still trying to stick to my resolution to play games that do not have a grizzled white male protagonist (which makes me relieved that I can pick the gender of my character for the upcoming Assassin’s Creed game), and the offerings announced gave me some pretty decent options for the rest of 2018 and beyond.

For female representation, I felt that there were several games that stepped up to the (very low) bar of having a female protagonist. For example, Gears of War 5’s main character is female, and the Tomb Raider franchise continues having a female playable character. Battlefield V recently stirred up a small controversy for merely putting a woman on the cover of a game about World War II. (Spoiler alert: there were numerous women who participated in the war.) Wolfenstein Youngblood offered us not one, but two, female protagonists.

I was excited enough when it was announced that in Assassin’s Creed: Odyssey that you could finally pick the gender of your assassin and romance anyone in the game, but then The Last of Us 2 one-upped that for even greater LGBT representation:

Ubisoft: you can be a lesbian if you want, top that 😉

Sony: you ARE a lesbian, no questions asked, look at the girls kiss

That said, all of the female characters mentioned here (except for Kassandra in Assassin’s Creed: Odyssey) are white women. Apart from games with character creation (such as Fallout 76, Beyond Good and Evil 2, and Anthem), representation for women of color was maddeningly scarce. I mean, there were more attempts at putting a female skin on previously male characters, such as Super Smash Bros offering a female version of pikachu and Cuphead having a playable female drinking vessel(?), than there were actual playable characters that were actually women of color.

So, I can appreciate that the games industry is trying to be more inclusive and there are going to be baby steps–a LOT of them. But even though this handful of games I’ve mentioned here are trying to broaden representation, the real test of what counts as progress for me will be how these games evolve their communities to make them more accommodating and inclusive. Making people of color and women feel represented will likely get new players into fanbases, but the gaming communities and how they are included will be what makes them stay. We’ll have to see how that plays out, but I want to hopeful that we’re moving in the right direction. I want us to live in a world where people can play what they love without judgement. We deserve as much. 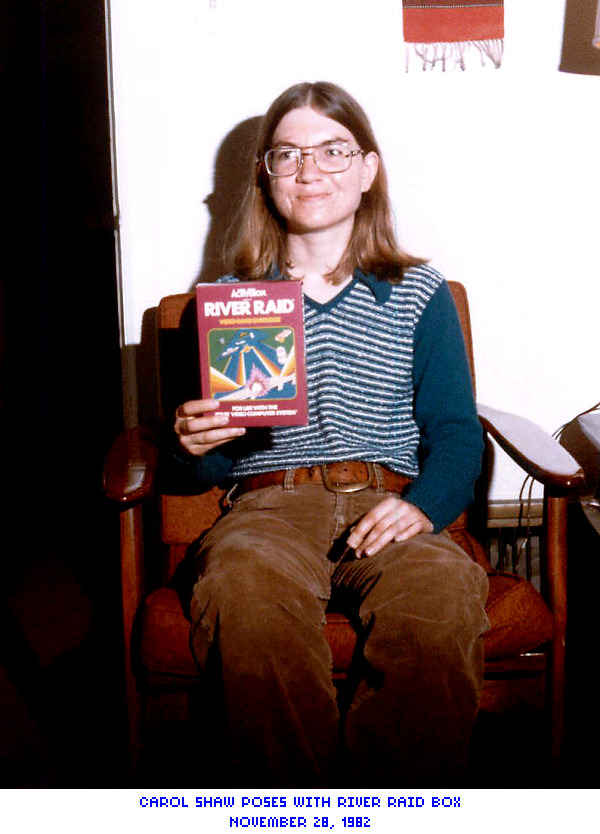 Women in video games may seem like a relatively new phenomenon, given the coverage in recent years about girl gamers, “fake geek girls”, female representation in games and game development, and debates over what proportion of gamers are actually women. (According to some studies, as many as 52%.)

In fact, although it’s true that the industry has traditionally been dominated by men, women have always been involved, creating and co-creating some of the most influential games, game companies, and genres in the medium.

Women in Gaming: An Evening with Halo: Nightfall 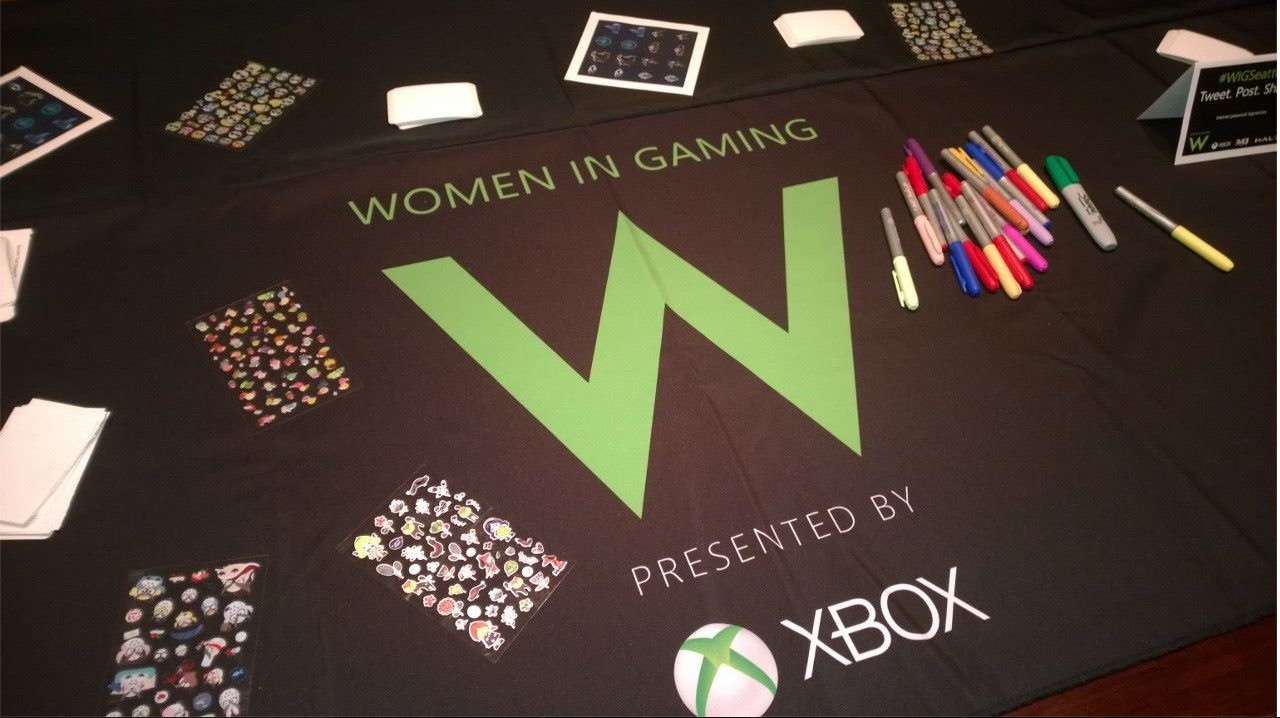 Last Thursday, at the Big Picture in downtown Seattle, I found out about the male-dominated history of the community for women in the videogame industry. Bonnie Ross, CVP of 343 Industries, recounted how she and several other women organized a cocktail event at the annual Game Developers Conference as a networking opportunity for women in 2001. Considering that women only make up around 5-20% of their fields, and that on average they earned 86 cents on every dollar that men made in the US game industry, it was crucial for women to have an opportunity to meet others within their profession.

Get Connected at GeekGirlCon ’13

GeekGirlConnections is thrilled to host an impressive lineup of professionals at this year’s GeekGirlCon! Join us for these interactive and intimate panels, and be prepared to learn from the best. Come with questions, your portfolio, and your resume, as these panels are designed to be Q&A friendly.

Here are just a few of the amazing people and panels the Connection Room will be hosting:

Join Carly Kocurek (Assistant Professor of Digital Humanities and Media Studies at the Illinois Institute of Technology), Corrinne Yu (game programmer for Halo 4), and Meg Stivison (game writer and content designer) on Saturday at 11:30 a.m. for “The Past, Present, and Future of Women in Gaming.” These women are all experts in the field and come from diverse backgrounds. Come hear their thoughts and discover what’s next in the gaming world.

Interested in learning how to build your brand on a small budget? Join Emma Mcilroy on Saturday at 12:30 to learn from the best about “How to Build a Kick-Ass Brand on a Start-Up Budget.” Emma is the the co-founder and CEO of Wildfang, a new clothing company started in early 2013 out of Portland that already has quite the following—over 10,000 on Instagram and Facebook to be exact, and you might have seen this Buzzfeed article on the company.

Join Lisa Granshaw, a full-time freelance writer based in NYC, to learn about “Breaking into the Media Industry.” Her work has appeared in The Daily Dot, TODAY.com, Blastr, Career Girl Network, and many more. She is excited to help young professionals seeking advice in media and communications, so make sure to catch her on Sunday at 12:30 p.m.