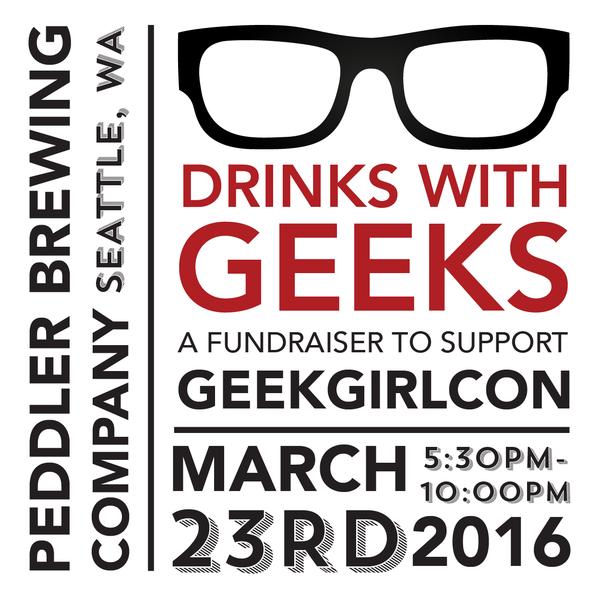 Here comes the sun! As the weather warms up, head out to these amazing events around the city! Check out our first GeekGirlCon fundraiser event of the year on March 23!

The only monthly ALL PEOPLE OF COLOR Burlesque Revue in Seattle, The Sunday Night Shuga Shaq, is back! Please join us for an evening of dazzling dancing, tantric teasing, and all around prismatic sexy magic with some of the hottest Burlesque performers this side of the Mississippi! There will be so many shades and flavors of chocolate, caramel, mocha, lemon meringue, and red velvet dripping from the Theatre Off Jackson stage that you are guaranteed to leave with a tooth ache.
Tuesday, March 8: Neumos Presents: Harry Potter Trivia (Early Edition) Due to high demand, we’re pleased to announce two back-to-back trivia events in one night!

Tickets must be purchased for each event.

Harry Potter Happy Hour!
Join us in Moe Bar at 3pm before the official trivia for magical concoctions and discounted drinks.

Each of us can be a leader within our own sphere of influence and commit to taking action to accelerate gender parity.

Join us on International Women’s Day for an evening of discussion, inspiration and celebration with a special panel of guest speakers.

A suggested donation of $10 includes light appetizers, a glass of wine and donation to participating non-profits.

Do you love board games and enjoy teaching others how to play? Explore the board/card game hobby and meet folks happy to teach you their favorite board games! No pressure though, you can just come and play with folks who love playing games. And the best part about the GeekGirlCon game nights with our friends at Wayward? They are absolutely FREE with no cover charge!

Our group is inclusive and totally newbie-friendly. We play a wide range of modern board and card games as well as some classics. You might find King of Tokyo, Völuspá, Alien Frontiers, Locke & Key, Coup, Tokaido, The Resistance, Skull and Roses, Settlers of Catan, 7 Wonders, Toc Toc Woodman, FLUXX and many more!

Tuesday, March 15: All Geeks, All Games at Mox Boarding House!

Our All Geeks, All Games events are growing in popularity!

Join GeekGirlCon and Mox Boarding House in Bellevue and help us continue to expand our community of diverse and inclusive gamers to the East Side!

Admitted films are judged by a nationally recognized jury comprised of luminaries in the fields of science fiction and fantasy. Ten short films will screen in the first session followed by nine short films in the second session, with an intermission in between. An awards ceremony will follow the second session.

Beginning at 9am, Seattle-based puppeteers Rachel Jackson and Chad Allers, along with other local artists, will attempt to make 9 puppets in only 12 hours. A live stream of The FELT-A-THON will be available online, so that people everywhere will be able to tune in and watch their progress. Part of the 2016 World Day of Puppetry, all proceeds collected will go to benefit Seattle Children’s Hospital.

In addition to collecting donations during the live stream event, all completed puppets will be put up for auction the next day. Those proceeds will also go to Seattle Children’s Hospital. Donations will be collected via IndieGoGo. Audience participation will be encouraged via social media: suggestions will be solicited, dares taken, and questions answered via The FELT-A-THON’s Twitter feed and FaceBook pages.

The Seattle Public Library invites the public to come face-to-face with the First Folio at the downtown Seattle Central Library March 21 through April 17, 2016. Considered one of the most important books ever published, the First Folio is the first and most comprehensive collection of the plays of William Shakespeare.

The First Folio was published in 1623, seven years after Shakespeare’s death. Without it, 18 of those plays would likely have been lost to time, including Julius Caesar, Macbeth, As You Like It and The Taming of the Shrew.

Tuesday, March 22: Race, Justice and Democracy: Where do we stand?

Seattle has a reputation as a progressive city, but when it comes to matters of race and justice how progressive is it? How do we view the activist voices of Black Lives Matter? As the Seattle Police Department operates under a Justice Department Consent Decree, is there progress being made in building trust with communities of color? What kind of leadership do we need to break down the barriers of institutional racism? This discussion will tackle these and other questions with a prominent panel of local speakers and the audience. Confirmed panel members include: Nikkita Oliver, lawyer, poet, and Seattle Black Lives Matter activist; Washington State Supreme Court Justice Steven Gonzalez; Marcus Green, executive director of the South Seattle Emerald; and Mayor Ed Murray. KCTS 9’s Enrique Cerna will moderate the conversation. It will be live streamed and taped for broadcast. Wednesday, March 23: Drinks With Geeks (A Fundraiser to Support GeekGirlCon)

We have a question for you! Want to support GeekGirlCon by drinking a pint and eating a grilled cheese sandwich? If your answer is yes (and why wouldn’t it be?), we would love to see you at Peddler Brewing Company for our first fundraiser of 2016!

On March 23rd, we host our first fundraiser of 2016! We will raffle off great prizes while you enjoy tasty beers on tap.  And $1 of each pint sold will go to GeekGirlCon.

The fantastic Cheese Wizards food truck will be there and will donate 10% of their profit to GeekGirlCon. Check out their delicious menu here.

So if you like beer or grilled cheese, or just like GeekGirlCon, spend time with us in Ballard on March 23rd! Staff members and board members will be on hand to happily answer questions about our fantastic organization. We welcome the opportunity to meet our community and hope to see you there!

Tuesday, March 29: Tarah Wheeler Van Vlack: How to Succeed as a Woman In Tech

The Puget Sound is being driven by the tech industry—a field typically dominated by men. If you’re a woman in the tech world, or are looking to join it, what’s the best way to succeed? Women in Tech is one expert’s answer. Tarah Wheeler Van Vlack (CEO of Fizzmint) will share stories of success from her book, tips on overcoming the boys’ club mentality, field-specific career skills, and easily achievable steps to coming out on top. She’ll be joined in conversation by successful female tech professionals who contributed to the book for a discussion of how they got to where they are and what it’s really like to be a “woman in tech.” Panelists include: Kamilah Taylor (software engineer at LinkedIn), Angie Chang (VP of Hackbright Academy, founder of Women 2.0), Brianna Wu (Co-Founder, CEO, and Head of Development at Giant Spacekat), and Kristin Toth Smith (former CEO of Code Fellows). The conversation will be moderated by Stephen (Stepto) Toulouse, Microsoft/Xbox veteran and currently Director of Hacker Success at HackerOne. 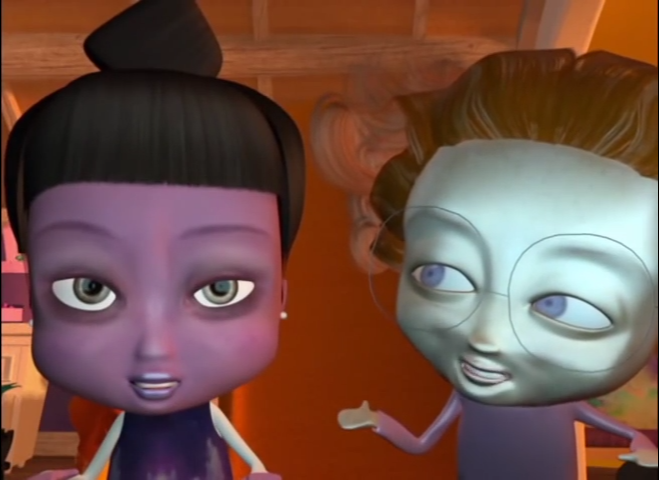