In 1992, only 21% of individuals coming from families with annual incomes of $25,000 or less qualified for admission to a four-year university, and only . 8% were minority graduates. Unfortunately, the numbers have not changed nearly enough in the last decade. However, with a significant increase in female college enrollment since the 1970s and the rise of women in technology, the ability to teach skills to students from low-income neighborhoods then can be utilized to help them succeed in life on a much larger scale is extremely enticing.

Therefore, when Eben Upton and a group of his colleagues at the University of Cambridge decided to create a cheap and efficient computer that could be used to show children the power of code and computer technology, the game was changed forever. Thus, the Raspberry Pi was born. 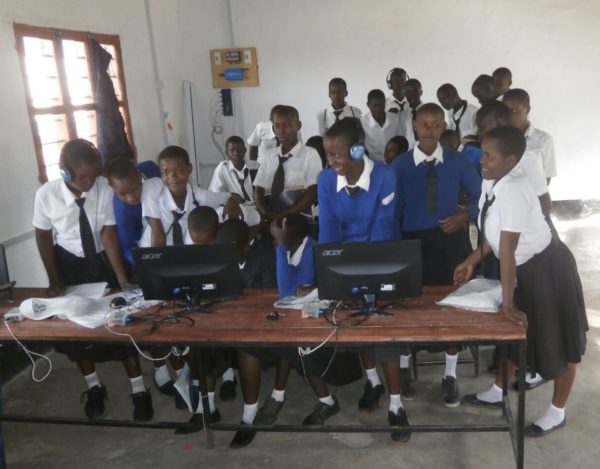 What Are Some Projects You Can Do Using The Raspberry Pi?

Countless projects are available for use with easy instructions and cheap overhead on the Raspberry Pi blog and various other tech sites. Some of the most interesting projects are ones that are not commonly discussed but make a huge impact on your community, students, and school. For instance, studies suggest that indoor air is 60% dirtier than outdoor air, a lot of which is due to pollution caused by the countless devices in our house.

Some teachers face the issue of being unable  to pay the higher electricity bills created by connecting multiple computers in a classroom. By understanding how solar works and utilizing a Raspberry Pi along with a solar panel, a car power socket, a USB car power adaptor, and a battery, teachers and students can together create a  solar-powered Raspberry Pi, which is still far less than its various competitors and allows the creation of  an energy-efficient classroom whilst still providing cheap yet effective technology.

Students can  connect the Pi to a platform such as FileMaker in order to analyze data, an important skill in today’s technology-heavy workplace. They can review and manage data received in order to create business models and improve the workflow of whatever project this data analysis is involved in. Furthermore, using FileMaker 15 starter solutions, students can create their own apps without having to build them from the ground up, instilling an interest in app building without overexerting them in the building process.

Students can utilize this computer technology to retrieve data as well. In the last few years, data retrieval has skyrocketed due to countless new forms of hacking creating worldwide breaches every day. However, by utilizing the knowledge they learn in school, these students can begin to create a path dedicated to the future, where the opportunities are endless. From VR data recovery to Fully Homomorphic Encryption, these abilities can open up an entire new job market in the data and security industry.

What Does The Raspberry Pi Mean For Young Women in Tech?

Entering the workforce as a young woman, especially in the IT industry, can often be difficult, especially when it comes to determining how to make an impact and prove your worth. Companies have discovered that managing millennials through engagement and collaboration is best, but women still play a slightly smaller role in companies to this day. With more women entering the job industry than ever before and many of them choosing positions that are more commonly associated with men, being able to set yourself apart and prove that you are capable becomes more important.

By utilizing the technology and training provided by Raspberry Pi, you can prove that not only are you capable but also able to create solutions to common work issues without being directed to do so. For instance, one major technology companies have been utilizing recently is GPS tools to monitor employees, but they don’t really work as well as you might think. However, by creating a Raspberry Pi HAT, you can track individuals using RFID technology and ensure they are safe and efficient for far less than other RFID and GPS monitoring tools in the process.

Although there are countless more examples of ways to utilize this technology in a business setting, the most important part of this process is training young women in low-income communities. By focusing on underprivileged communities, you can create a group of highly engaged individuals and, from there, they may go on to a university such as General Assembly, learn the code necessary to advance in their designated profession, and graduate with the power to turn their lives around.

Although there are countless ways to engage students from low-income schools, using the Raspberry Pi solves one of the largest skills gaps and gives students the ability to see the fun and excitement that can be involved in technology if executed properly. While the Raspberry Pi Foundation has ventured out far beyond the classroom, Eben Upton and his colleagues were absolutely correct when it came to its impact in the education sector and, by jumping on the proverbial tech bandwagon today, you can begin to teach the future to the future for less than a few notebooks in exchange.

Samantha Lee Donaldson is an MVC at Red hat and editor at Fossbytes. When she isn’t writing, she spends most of her time with her sweet rescue pug, Pugsley, and goes on hikes and does pyrography.